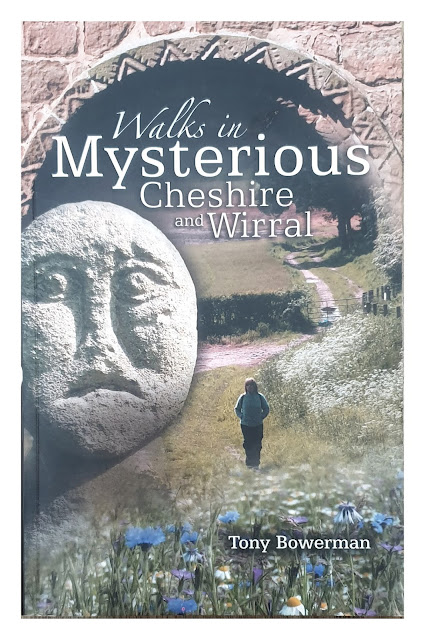 Having spent the last three hundred thousand, thirty four, nine hundred and seventy four thousand days on home turf since lockdown started, it was with unbridled joy that I jumped into my car on Saturday, (1st weekend where Welsh residents were allowed more than 5 miles from home) drove 23 miles into England, met my friend Kate and we had a ramble in the sunshine.

It was wonderful to meet up in real life rather than on a Zoom meeting but our first walk of the year came with a few caveats. Firstly, it had to be a gentle breaking in walk, not one of my usual “oh it’s not very far,” cue 15 miles later getting very threatening looks off what is likely to be a soon ex-friend if I don’t find the car again very soon after proclaiming “don’t worry, I sort of know where we are!” Secondly, the walk would not consist of clambering up any large hills…something I wasn’t going to argue with….I’ve been sat on a sofa eating cake for four months. I can easily roll down a hill, getting up one without the aid of oxygen and a winch would be trickier. Thirdly, we’ve had a lot of rain, so the book of canal walks would probably be a no-go…also there’s not much room on a towpath to steer clear of folk whilst we’re still in the middle of a pandemic.

As I started to despair that none of the walks I had in my books were suitable, I stumbled across this book from 2006 – “Walks in Mysterious Cheshire and Wirral by Tony Bowerman.” The book contains fourteen easy to follow circular walks, mainly in Cheshire, covering a variety of landscapes.

The landscape of Cheshire is a land steeped in mystery and has been used as a backdrop for many works of literature. Alderley Edge is perhaps best known as the landscape for Alan Garner’s “The Wierdstone of Brisingamen,” a children’s fantasy novel influenced by the folklore of the area. In this walking book, Tony Bowerman has put together walks of interest, not just visually, but historically too, and each walk comes with it’s own unique stories from the past. The walker can follow lost Roman and medieval roads, ancient copper mines, a stone elephant, a gypsy king’s grave, a ghostly duck, and much more.

I picked walk 11 as it was equidistant for us both to reach. (It was also flat, only 3 miles long, and covered a variety of landscapes…woodland, fields and a river.) I sent across all the details to Kate and we agreed on our rendezvous. We were onto a good start when I arrived and realised that there was very limited parking (about 5 spaces) so we had a quick look at the neighbourhood, found a road we could safely park on and finally we set off on our way to St Mary’s Church where the walk commenced.

The Diary of a Drug Fiend by Aleister Crowley 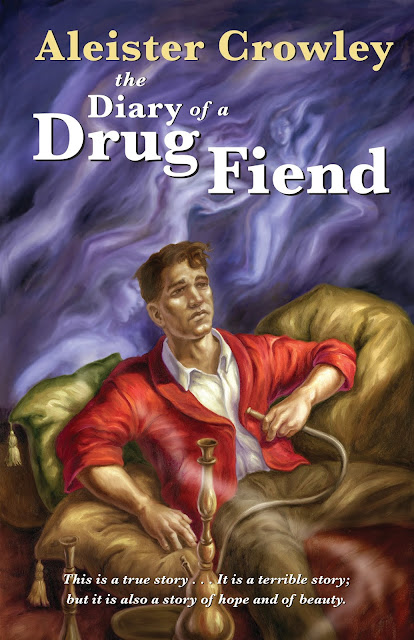 During lockdown, I’ve tried to make a concerted effort to go on a long walk once a week. I call it an effort, because I mean at least an 8-10 mile walk because there are only so many outings you can do in your immediate vicinity without getting bored. I concluded that the longer the walk, the more scope there was for finding new places. Up until 6th July, if you lived in Wales, you couldn’t travel by car to have a jolly day out, so the start and end of the walk from the house might be boring…but the rest of the route could open up new experiences.

As I tend to do the majority of my walking alone, I have started listening to my audible books en route. I used to listen to books in the car, but as it’s now mainly sitting on my drive there is a backlog of books to be listened to. A book that piqued my attention was Diary of a Drug Fiend by Aleister Crowley. I thoroughly enjoyed the book but was reticent to share my thoughts about it. Should I publicly admit to reading a book by such a villainised figure, someone the tabloids had branded “The Wickedest Man in the World.” You only have to look at Twitter to see how people enjoy misconstruing what someone has said…would it be safer to keep my head down about reading books by the world-renowned occultist?

The most celebrated occultist of the modern age.

Published in 1922 and dubbed a book for burning by the media at the time, The Diary of a Drug Fiend is written as a novel, but according to the author is a true story…a terrible story, but also one that offers hope and redemption. The book provides a unique insight into the mind of the author and his involvement with both drug addiction and the religion of Thelema.

The Diary of a Drug Fiend tells the story of Sir Peter Pendragon who is dealing with the aftermath of WW1; he is depressed and lacking in direction and has just acquired a large inheritance following the death of his uncle. He meets Louise Laleham one evening, a devotee of Basil King Lamus, an occultist. The two quickly fall in love and marry and set off on a bohemian adventure across Europe fuelled with an appetite for cocaine, which quickly moves onto the reliance of the more addictive drug heroin.

The reader follows the couple on their drug fuelled honeymoon to Italy where they have all of their belongings stolen and have to return to England where they find themselves desperate to score more drugs. As we delve deeper into Peter and Louise’s journey, the reader witnesses the power that the drugs have over the couple, both physically and psychologically.

Back in England the couple are forced to move from Peter’s country estate to a slum house. There are physical beatings, theft, an increase in stress levels as they lie to one another in order to obtain their next fix and the pleasurable sensations that the drugs can arouse. As their health and finances decline they attempt to quit heroin, but the drug has a power over them and there is graphic detail recorded about their cravings and addiction which show how easily a person can be drawn into a world of drugs and how the addiction of cocaine and heroin ensnares the user into an endless cycle of needing a drug to feel better.
Read more »
Posted by Sioux Rogers at 02:37 No comments: