The Conspiracy Against The Human Race - Thomas Ligotti (book)

December 20, 2015
When I was in London I was asked if I'd thought of putting some book reviews on my blog. Well the answer was no I hadn't. I wasn't really sure anybody would be that interested. I thought posting a list of the books I had read would be sufficient! I do know however that two books Burketeer's would be interested about would be the two books Tom suggested to me when I spoke to him in Newcastle. I have previously written about my thoughts on the book Sway, so now for my observations about Conspiracy!

Human's are a pointless and evil part of civilisation

The Conspiracy Against The Human Race centres around Ligotti's claims that the worst horrors we encounter are not those that are produced by our imaginations in the field of horror films or writings, but in actual fact they are here, all around us in reality. The human condition, according to Ligotti, is not a nice one, in fact it is quite dreadful to be a human. Essentially we exist, and that is where the good news starts and ends! I think perhaps I need to read Ligotti's fiction, and then re-read this book again. It certainly requires more than one reading! The themes might be too stark for those who have not read the horror genre of Lovecraft or Edgar Allen Poe. Life is a strange and unexplained universe which is full of hate, so just why are we born? Life is inflicted on us, we have no say in the matter, and therefore we need the anaesthetic of optimism to get us through life, just so that we can say that life is alright really! The basic notion in comparison to the rest of the animal kingdom is that humans have a consciousness and on that basis are alone in their awareness of mortality. An animal is born, it reproduces & survives, then it dies. The human being has streams of consciousness so is aware that there is more to life than that of a mere animal, or is there? There are those who will agree with Ligotti's arguments, and those who will forcibly deny them. Those who live in a state of denial, saying that to be human is the greatest thing on earth, have fallen into Ligotti's trap, they have just helped to perpetuate the title of the book!

There's an argument in here for everyone to take away and think about...

I really loved the book, and I'm not saying that because Tom said to read it. Now when I saw Tom at Carols I said I had a bone to pick with him (why do I feel I can speak to him like he's my brother, I really need to learn the art of being star struck and keeping my mouth shut.) Anyway having shouted at him for making me read a book that requires the use of a dictionary to get through it, I did say it was a most interesting read. He just looked quizzically at me and asked if I'd read both books, "even Conspiracy?" Yes, and it was brilliant! I think we both briefly confirmed we should both read some more Ligotti...or perhaps I dreamt that bit! (To be honest I still want to know why he sounded so astounded that I'd read it... answers on a postcard please - or should that now be answers on Twitter!)

The book is not an easy read by any stretch of the imagination, but I think that is why I found it so compelling, it really does require you to think long and hard about what you are reading. You can read the book in a variety of ways, you can skim it without much thought, if you do that I don't think you'll get much from it. You can read it as an optimist, a pessimist, a realist and dependent upon that, you will find yourself agreeing or arguing with the points raised in the book. The book is extremely dark and subversive, and I could reflect on my personal thoughts, but I feel that would be too revealing about my own psyche and I'm not that type of person. Despite my foray into social media, I am actually a private person, and I will choose what type of person I present to the world; remove the veneer and the deep and meaningful stuff is reserved purely for those closest to me who I can trust with my secrets, as I will always do with theirs.

Travel into the depths of a dark mind

If you want to reach the darkest corners of Ligotti's mind, please go ahead, it makes for interesting reading, and it was an enjoyable journey for me; although I have to say that many of the points raised were not new to me. I have had such thoughts even as a teenager, only I have never been able to make them so eloquently! So for some of you who read it, you will think it a voyage of disparaging nonsense, whilst others will find elements which strike a chord with them. What I don't intend to reveal is my personal thoughts, especially as if I do that, many may suppose that they are also the thoughts of Tom. What do I think Tom thinks? I have absolutely no idea. That is his business, just as my thoughts are my business! Suffice to say though, that this was my kind of reading material, but I can fully understand those who would truly hate it. I do believe that someone at Carols told Tom that since I had read the book, they were going to read it too. "Good luck with that" he said!


To be honest, if you can't be bothered reading the book, my mate has done a couple of graphs for me which kind of sums up the basis of the book. 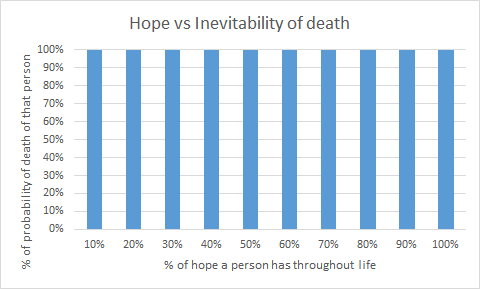 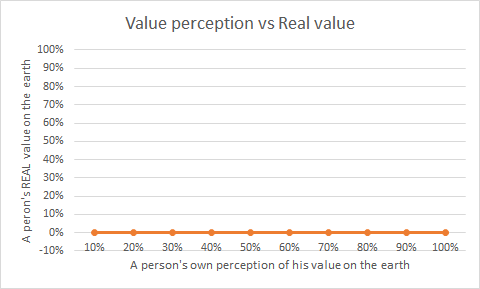