November 28, 2015
I love Gothicism. I grew up wanting to live on the wild Yorkshire Moors, where remote landscapes were the playgrounds of vulnerable heroines, and supernatural occurrences were hard to explain. Vampires and bats held a strange fascination, and quite frankly still do! As a young teenager my brother took me shopping for some new clothes in Manchester to a place called Affleck's Palace. This place was mesmerising and full of the most delightful vintage garments. Black silk, satin and velvet dresses, with long laced cuffs which fell over your hands, all called out to me. Not only that, but gothic architecture was beguiling, grand designs reaching to the heavens, pointed arches, vaulted ceilings, terrifying gargoyles and ornate decorative stonework. I haven't even mentioned the literature or what most people associate with the genre, music!

Back in 2002 I read that the National Trust had acquired a property which really interested me! It's a four hour drive down the motorway from me, and to see a house just doesn't warrant such a journey, so I have been patiently waiting until I was in the area to visit Tyntesfield, which is described as a Victorian gothic style mansion!  If that didn't excite me, the fact that the 2006 version of Dracula was filmed there did! I find it great fun visiting a place and seeing the differences between what you see on camera and what is actually there on the ground!

It was an awful day with heavy squally showers, but strangely this added to the atmosphere to what was already a dramatic landscape!  The house was bedecked with decorations for Christmas, and the National Trust staff were all dressed as members of the Gibbs family who previously owned the estate.  As you walked through the house you encountered different members of the family, including their servants. As I walked into the library, which was dimly lit with a couple of floor lamps, I interrupted a family member who was reading. She decided to share her book with me, and therefore read to me from A Christmas Carol, very apt for the time of year!

Interestingly, the property has been used for several TV drama's and if you look carefully at the latest trailer for Sherlock, you can see Tyntesfield. Shots of the front of the house, the chapel and the library were used in the programme. The filming inspired the National Trust to create their own adventure mystery "The Adventure of the Tyntesfield Carbuncle" and as I went around the estate, several clues had been left for the visiting Sherlock Holmes who was staying at the house with the family for Christmas! It was a great way to show how a house would have looked for a Victorian Christmas, and it was as though the house was alive again! 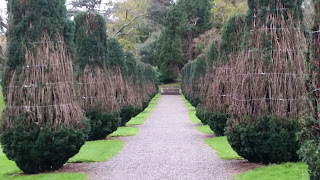 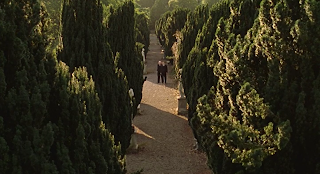 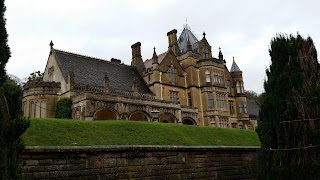 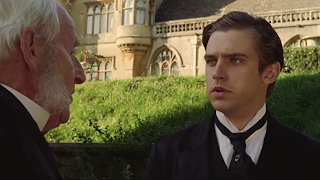 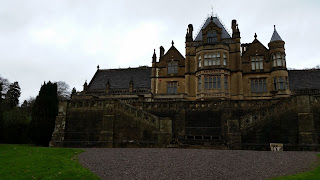 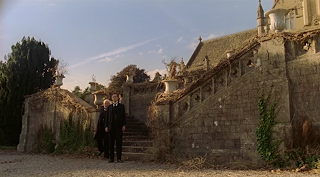