The Keating Sisters on a Road to Hell.

May 05, 2016
Sometimes you can be blind to what is in front of you. I live in a beautiful part of the world and really take it for granted. If I think about going anywhere I always make excuses that places are too far away, it's too long a drive, I'll have to get up early...so I tend to go to the same old places time and time again...because it's easier to do so, and because I'm lazy. Yes I said it. The idea of getting in the car and exploring somewhere new is too much trouble for me.

My friends dad was celebrating a special birthday last week. He had hired a cottage in Y Rhiw on the Llyn Peninsula, and I had been invited to join the family. The Llyn Peninsula is in north-west Wales and it is surrounded in land by the Snowdonia National Park. There are many beautiful sandy beaches to explore in the area and whilst you may think that they have nothing to offer on a wet and windy day, you'd be mistaken. The sight of the stormy waves of the Irish Sea crashing down on rocks is so atmospheric it is a joy to behold. 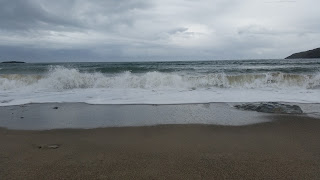 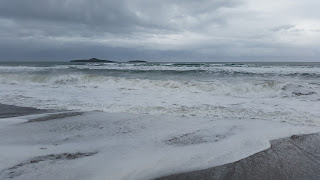 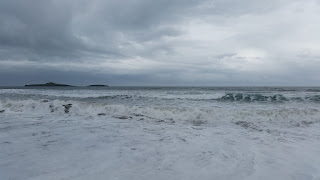 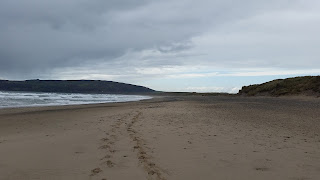 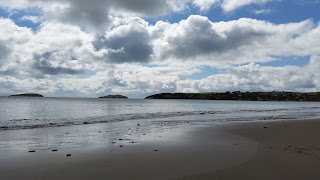 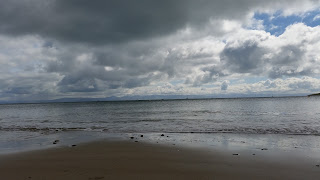 On my way to the cottage I passed an old manor house with a National Trust sign outside it. I commented on this to my friend when I met her and so we decided to pop down and see what Plas Yn Rhiw had to offer. I'm used to visiting stately homes, so I was intrigued as to what a small manor house could offer me. What it offered was the story of some amazing ladies, who wouldn't let a two hour car journey get in the way of their travels or limit their appetite for adventure.

The house is a 17th century manor house, and it has a long history, but it was the purchase of the property by three unmarried sisters from Nottingham which interested me the most. Eileen, Lorna and Honora Keating bought the rundown property in 1938, and with the assistance of Clough Willams-Ellis (creator of Portmerion) they set about restoring the property and its surrounding gardens and woodland. Whilst the house is reported to be haunted by several ghosts, the only feeling you get whilst walking around the property is that of the three sisters. It is as though they never left the building, you expect a door to open and one of them to come in to greet you and offer you a cup of tea.

The Keating sisters were brought up in Nottingham, a busy bustling town. Their father was killed in a traffic accident when they were still young, so it was up to their mother, Constance to ensure that the girls had an education. The family spent their holidays in Rhiw, and bought a cottage nearby overlooking Hell's Mouth. Whilst the family were aware of Plas Yn Rhiw, the owner could not be found, so it wasn't until Clough Williams-Ellis alerted the sisters to a "for sale" sign that had been erected, that the sisters bought the property in 1938. 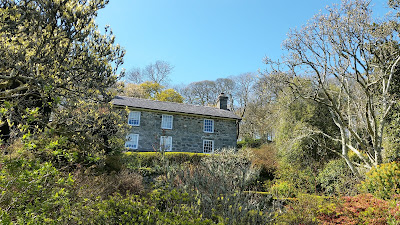 The property is set back on a hillside and as you look through the trees you can see spectacular views of Cardigan Bay (Hell's Mouth) stretching below. In each of the ladies bedrooms there are collections of fur coats and elegant gloves and hats, not the sort of apparel for such a remote country property! Honora's wardrobe boasts a variety of evening dresses, ornately embellished with gold embroidery, which reflect her past in Nottingham, and also her extensive travels around the world. But despite the fine clothes and ornately decorated furnishings, the house has no pretensions of grandeur, it was obviously a well loved home.

Fighting for their rights

The sisters were popular with the locals for their work in restoring the property. They had purchased 58 acres of land around the house, and with the help of Clough Williams-Ellis they were able to work on both the house and garden. The house had been abandoned for a number of years, the millstream nearby had changed its course and was now running through the hall! Even when the house had dried out, the downstairs remained damp, so the bottom of the staircase is built of stone, and as it heads upwards it is made out of oak.

Once the sisters had restored the property, and cleared the grounds of brambles, they donated it to the National Trust; even though they were still living in it! They wanted to ensure that the house and surrounding area would remain unspoilt for further generations to enjoy for life. 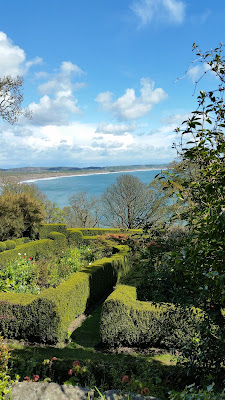 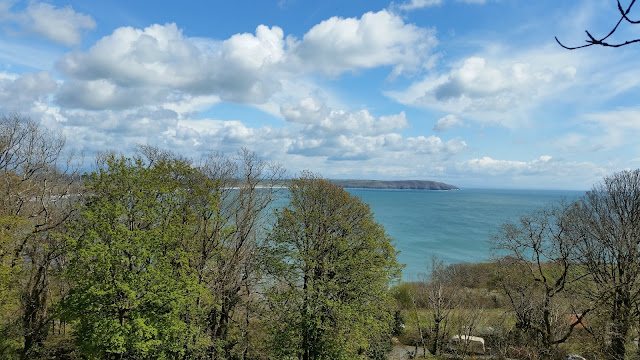 But not everything the sisters did proved popular with the locals, there was uproar when it was decided a nuclear power station should be built on the Llyn Peninsular. Whilst many looked forward to the creation of new jobs in the area, the Keating sisters did not want such an eyesore in this beautiful landscape. They campaigned against the building of the power station and bought up the coastal land where the power station was due to be built; they then gave the land to the National Trust! They also opposed overhead power lines and the creation of caravan parks, preferring to buy and let holiday cottages in the area instead. To this day you can still hire cottages in the area from the National Trust.

Honora Keating was certainly the most interesting of the three sisters, and she would not let a two hour car journey be an excuse to stay at home. Nowhere was too far for Honora and this was at a time when not everyone had a car and had to rely on the train to take them on their journey.

In 1939, not long after Plas Yn Rhiw had been bought, Honora took sail on a cargo ship to the Far East. She went to Japan to learn how to do oriental wood engravings and painting in the Japanese style. Whilst there she collected some Japanese woodcuts which are on display at the property. Her interest in art can be seen throughout the house, and many of her watercolors of the area are hung . Her sketchbooks are also on display as she had spent some time studying at the Slade School of Art in London. 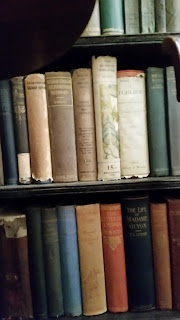 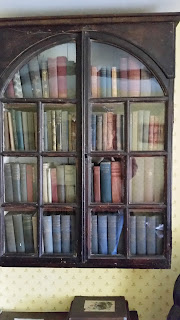 The three sisters had a huge interest in literature. The small library holds works by Bronte, Tolstoy, Chekov... I really felt like I could just settle down in the sitting room next door, with one of the sisters' books and a cuppa and that it would be entirely normal. Shame everything was locked behind glass, or had wires across the front of the bookshelves to stop such inquisitive fingers! A point of further interest in the library is a document hanging on the wall showing that Honora had received an OBE in 1939 for her extensive work for the National Council for Maternity and Child Welfare.

Once you are done exploring the house, gardens and woodland, it's time to sit back and relax at the National trust cafe with what must be the largest piece of Battenburg cake I have ever seen. It was apparently the favourite cake of the Keating sisters, and sitting back with a cup of tea, taking in the glorious views, and listening to the sound of the sea I can see why the sisters chose to leave Nottingham behind, to live near the sea. 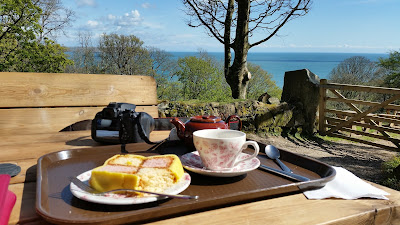 Further details about the property can be found at www.nationaltrust.org.uk/plas-yn-rhiw