August 10, 2016
No, not THE Mr B; but I was commissioned to draw a dog as a present for someone, and I got very excited about it. People say I should be more confident about my abilities, so when I was asked if I could draw animals (or can I only draw Tom Burke?!) I said yes I could...rather confidently. (I was thinking about how I spent my teenage years drawing horses, and therefore a dog would be fine...wouldn't it?)

I was given a few pictures of the dog, but one in particular really stood out. It was cheeky and quirky and would make for an unusual drawing, and I thought it really showed off the character of the animal.

A few weeks later and I was at a rural retreat in the Lake District looking after my friends dogs. It was the perfect place to hide away in peace and quiet and start on the drawing. At home I would have my cat parking himself on my art pad...he hates being ignored, and I knew this was one picture I had to be stress free about. (I potentially was about to ruin some poor persons birthday if this drawing turned out badly.) And so sketching began. I'm pleased to say that I ended up feeling rather pleased with the finished result, although still somewhat apprehensive about what my client thought, and more importantly the birthday boy.

Well my client was pleased, and so was her dad. I was so relieved and pleased at the same time...and so I thought it would be nice to share the different stages of the drawing. 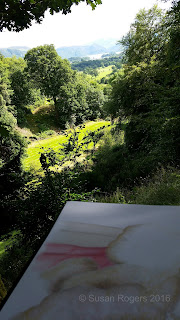 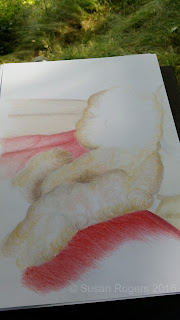 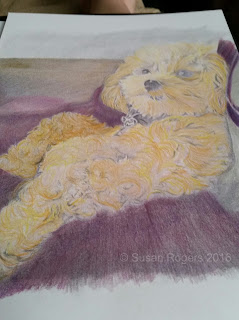 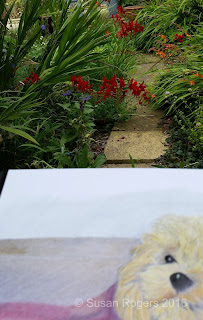 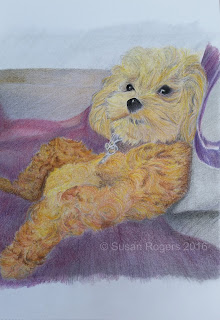 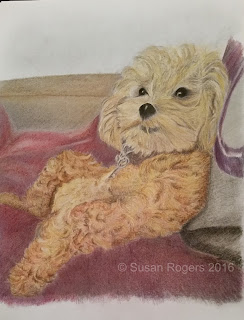 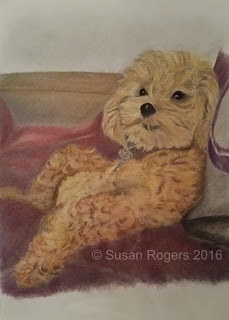 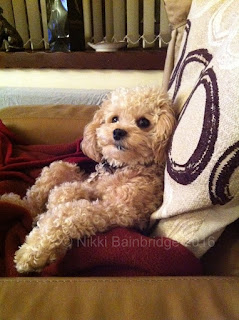 Now it's gone too purple!; that's a better colour; the finished article. (And finally, the photo I took inspiration from!)