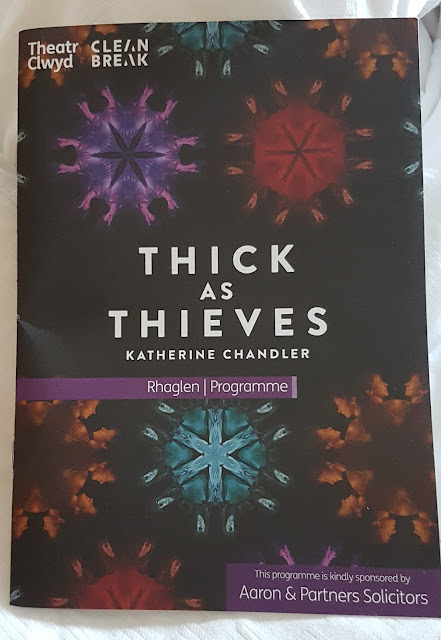 In the lead up to the opening of Don Carlos at the Northcott theatre in Exeter, Tom Burke has been telling reporters of his passion for regional theatre and why he set up his new theatre company Ara, with his friend, director Gadi Roll. When I saw Tom after one of his performances as Rodrigo, Marquis of Posa, I told him that he should think about doing a production at my local theatre, Theatr Clwyd. It was only when speaking with him that I realised just how passionate I was about my little theatre "in the middle of nowhere." (Owen Teale had once remarked how amazing it was to perform Macbeth in the middle of nowhere to a sell-out crowd!)

In the last twelve months, I‘ve noticed that my theatre trips to London have decreased, and my trips to Theatr Clwyd have increased. A lot of this has to do with the work of Tamara Harvey and Liam Evans-Ford who have helped to reignite the theatre. They have been instrumental in bringing new theatre experiences to the region with headline productions such as “The Assassination of Katie Hopkins” and “Home I’m Darling” a co-production with The National Theatre. I was lucky enough to go to a Q&A session after watching Home I'm Darling. I loved it when I heard that the chap from The National had visited, taken one look at the set and remarked he could never have afforded to build that type of set back in London.

What many people don’t realise about Theatr Clwyd, is that when it opened in the 70’s, (& through to the mid 80’s,) it housed a TV studio and was home to HTV Wales. It was meant to be a Regional Arts Centre and therefore it had facilities to make costumes and build its own sets. Whilst the 1400 seat concert hall never came to fruition, the Theatr Clwyd we see today houses a cinema, a gift shop selling local arts and crafts, a bistro restaurant, art galleries and four live performance venues. It is also one of the few remaining theatres which still make their own sets and costumes. Not bad for a little town in North Wales!

Another Bold Piece of Theatre

Thick as Thieves is a new drama by Katherine Chandler and co-produced by Theatr Clwyd and Clean Break theatre company. Clean Break was founded by two women prisoners in 1979. They wanted to create stories that women could relate to and that audiences would find thought-provoking about the injustices women face in the criminal justice system.

A meeting between Roisin McBrinn (Clean Break) and Tamara Harvey (Theatr Clwyd) led to a discussion about there being no prisons in Wales for women. A super prison was being built in Wrexham, not too far from Theatr Clwyd, but again, that would not take women prisoners. Women from South Wales are usually taken to HMP Eastwood Park in Gloucestershire and women from North Wales go to HMP Styal in Cheshire. As an average, Mold to Styal is approximately 3 hours away via public transport. Swansea to Eastwood Park is about 4 hours – but for those living further into Wales, those journeys could be much longer for visitors to take, therefore having a negative impact on women prisoners lives which men in the same position would not suffer. It was from that meeting that a new play was commissioned by Wales’ leading female playwright Kath Chandler. 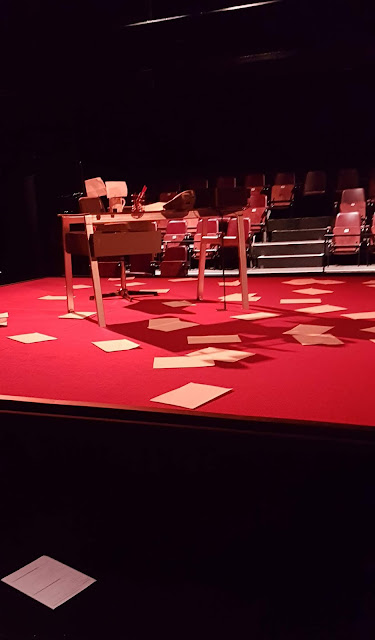 It is hard to say too much about the plot without spoiling the dramatic climax of the piece in this double hander between Gail (Polly Frame) and Karen (Siwan Morris). The two characters grew up together, but Karen rejected her old life, and is now known as Kate to her husband, friends and family. Gail turning up to her office makes her reflect on her past and shows the different pathways the two women have taken. Kate is a successful business woman, working in the care system, Gail has turned up at her office in desperate need of help.

The stage is in the middle of the Emlyn Williams Theatre, with seating on all four sides. On the stage is an office desk, chair and some personal items laid out on the desk. This stark, simple staging allows you to focus on the dialogue between the two women, and the clever tilting action mirrors the shift in power between the two women as their story evolves. The central staging makes it personal, you are not just watching the women, you are involved in their story. How do they know each other? Why does Karen want Gail out of the office? Is Gail dangerous? She certainly seems to know a lot about Karen and her family. This simplicity works so well, because you start to think about how you would react in the same situation.

At the start of the play, you feel a bit uncomfortable when Gail and Karen first meet. It’s an awkward situation, and the pauses between the two actresses make it feel like a bit of a car crash (in a good way!) with neither party really knowing what to say to each other. What do you say to someone you grew up with but haven’t seen in years?! More importantly, WHY haven’t they seen each other? You hang on to every word that is spoken to see how this story is going to pan out. This tension is kept throughout, the play only has a running time of 1 hour 20 mins, so there is no need for an interval. An interval would completely kill the power of the play.

Katherine Chandler cleverly weaved a number of different issues into the play, including the difficulties women face as mother’s and the great class divide and what experiences being of a different class bring to women’s daily issues; childcare, working, juggling the demands of people’s expectations. This is a tense, gritty and poignant piece of theatre and a fabulous insight into the lives of two very different women who are forced to face their past. The chemistry between the two leads is electric, and at times you wanted to laugh with them, other times cry with them as you realised what the horrific impact of events in their childhood must have had on them. Yet another insightful production at Theatr Clwyd.

Something I love about this theatre, is that there are always art exhibitions in the galleries to look at if you have a bit of time to kill before a show. Even when I have someone with me I drag them around, rather than sitting in the bar, as it’s my little preshow ritual!

I was captivated by the work of the Norfolk based artist Will Teather. I loved the imaginative, dark, almost gothic imagery, and they seemed a perfect exhibit to be looking at as Halloween approaches! I might not be able to afford his work…but I could certainly appreciate it, so I went for a second viewing after the play ended! Here are some of my favourite pictures. 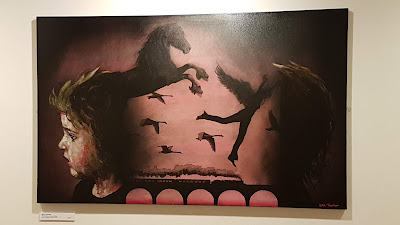 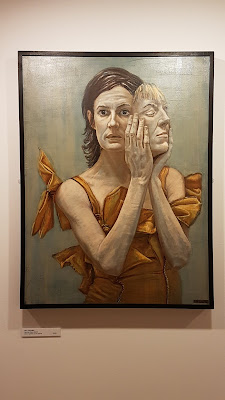 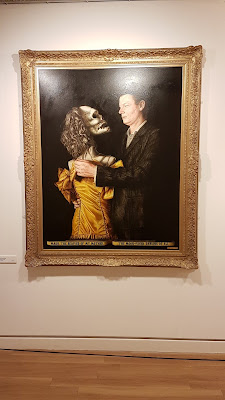 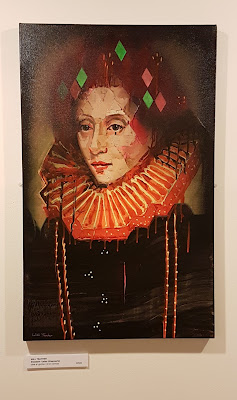 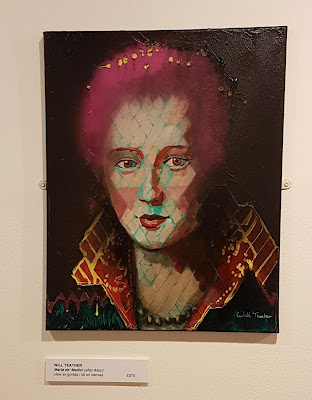 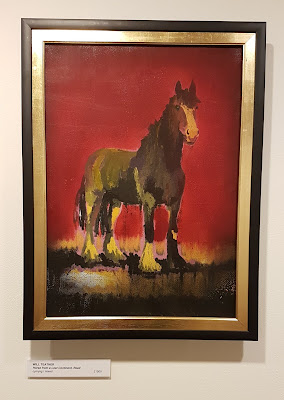 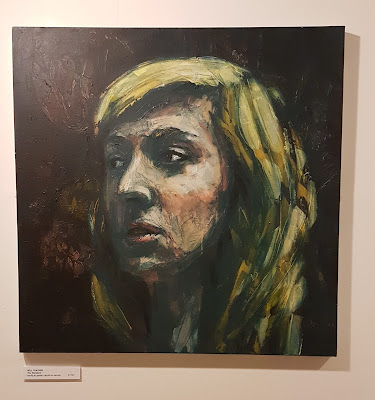 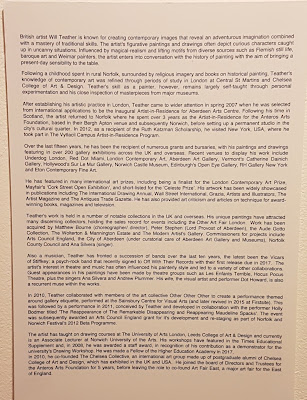