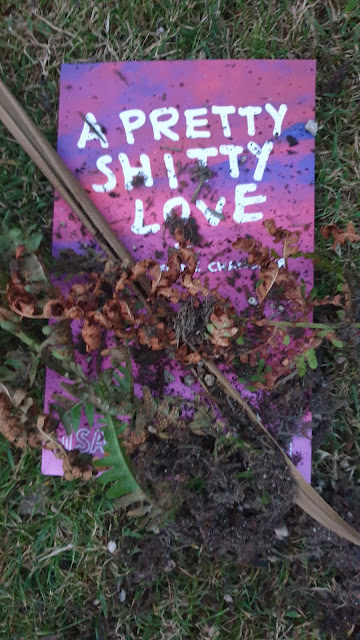 "Hayley and Carl. Carl and Hayley. Finding love in the heart of the pretty shitty city. Hayley wanted to fall in love - that was the goal - to find her prince. Because life's about love. Only love. She never found it though, she never looked in the right place. Then along came Carl."

Katherine Chandler’s latest play is not for the faint hearted. Based on a real-life event which shook Wales, the play is about dreaming of love, living in fear and ultimately finding the strength to pull yourself out of the abyss. Whilst the play contains strong language and descriptions of physical, mental, sexual and drug abuse, it is actually a wonderful piece of theatre taking you through the highs and lows of Hayley’s life.

Set in Swansea, South Wales in 2016, the play runs for about an hour with no interval. It is split into five sections which run fluidly from buried, monologues, letters, strikes and back around to buried.

Hayley (Danielle Bird) is a 30-something waitress who just wants a bit of fun in life, so when Carl (Daniel Hawksford) walks into the café one day, she can’t help but innocently flirt with him. He was the guy they all fancied at school, and here he is, Carl Pearce, large as life in her café! Of course it takes him time to recognise Hayley, and that’s only because she was at school with his brother – looked out for him, was the one who would take him to her mam’s for something to eat. The flirting results in a date, Hayley is swept off her feet, she can’t believe how lucky she is. She is totally besotted with Carl.

A Pretty Shitty Love is based on the horrific and shocking events which led to Stacey Gwilliam becoming headline news around the world. In July 2015, Stacey Gwilliam was strangled and left for dead on the coastal path between Bracelet Bay and Langland Bay by her fiancé Keith Hughes. She had woken up trapped beneath a pile of dirt after Hughes had thought he’d killed her and dumped her body in a shallow grave. When Hughes was arrested, he confidently told police “You’ll never find her”, but he was shocked to find out Stacey was still alive and had used her fingernails to scratch and dig herself out of the dirt. This attack left Stacey in an induced coma for 14 days, battling sepsis and multiple organ failure; her body too fragile to be moved to a specialist hospital. 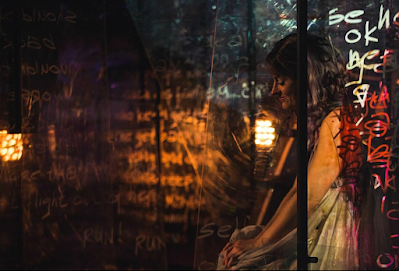 In a TV interview, the 34-year-old Stacey said: “I came round and there were branches and shrubs put on top of me. I could hear my heart beating and I could hear the sound of the sea in the background. It was like everything was in slow motion. All I could see were blurs of green and brown. I couldn’t breathe, I couldn’t move. It was like I was paralysed. It was awful really. Trying to get your head together to work out what was going on around you. I tried to get up but couldn’t. I had to use my nails to get out of where I was. That was all I could do. I tried to push but I didn’t have the upper strength.”

Hughes was jailed for life later that year at Swansea Crown Court, and Gwilliam, who had spent time with the playwright Katherine Chandler to help with research and development of the play, sadly did not see the play into production. She died in 2022 following health complications aged just 40.

I scrape at the soil beneath me

Dig my nails into the dirt

I work out what’s going on

The play sounds like it could be a very bleak 70 minutes of theatre, but Katherine Chandler has written a multi-level play, injecting plenty of moments of pure joy and laughter as Hayley and Carl start their relationship. The dialogue is natural and sounds as though the words are being spoken for the first time. The audience is captivated as the fourth wall is broken and becomes gripped to their seats as they watch Hayley’s world start to unravel.

During the monologues section, both actors possess a fragility and strength in equal measure. This is the “easy to watch” part of the play because both characters are in a good place. Life is going well for them. There is a playfulness and calmness as they both tell their sides of the story to the audience. As we move to the letters section, the atmosphere changes, it starts to darken. Danielle Bird flips from being the strong independent waitress flirting with the customers, to becoming a broken woman, lonely, abused, with nowhere to turn. Equally Daniel Hawksford is this charismatic but brutish body builder who has a softer side when it comes to his brother’s care, but an early episode in the local pub allows the audience to see what this man is capable of, and through the letters section we see the inevitable start to rear its ugly head. 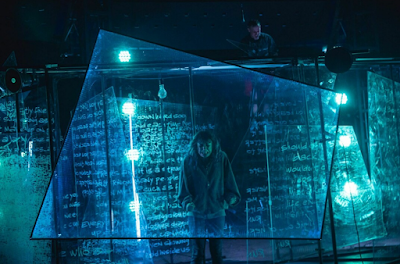 Lulu Tam’s striking set provides the third character – a sandy floor and hinged Perspex screens covered in lines from the play is reminiscent of a fun fair hall of mirrors. We don’t know which way to turn, in the distance we can only see more and more warped visions of ourselves, we get lost, we struggle to find the way out, and eventually gasping on fresh air as the exit is found. A visual aid to understanding how and why people end up trapped in abusive relationships.


The creative approach to the "striking’s" and physical abuse must be applauded. The mind is given the freedom to witness the abuse via sound, lighting and movement rather than a straightforward fight scene. A Pretty Shitty Love is a powerful story, it’s Stacey’s story, but this gem from Theatr Clwyd shines a light on domestic abuse which thousands of people face daily.  As the lights dimmed and the play ended, I wanted to burst into rapturous applause, but it felt almost wrong to do so. The theatre remained in an eerie silence as everyone paused, reflected on the life of Gwilliam, and then suddenly the theatre erupted into loud applause, and as the lights came up, a well deserved standing ovation could be seen, such was the profound effect the play had on the audience. This production needs to be witnessed in as many towns and cities as possible, and hopefully it will go on tour, rather than being consigned to just a few nights in a couple of Welsh theatres.

To purchase a copy of the play https://www.concordtheatricals.co.uk/s/94999/a-pretty-shitty-love