Tracking Tom to Towton! (A Weekend of Tom Burke and Tom Jones!)

July 14, 2016
It was a friends birthday and to celebrate we were heading out to Doncaster races to hopefully win a few pennies and then watch Tom Jones perform afterwards. Now I've seen the Welsh Warbler a few times and he is brilliant live, he can still really belt out those numbers, so it seemed like it would be a good weekend, but just to make it even better, I asked my mate if she fancied taking on another one of our infamous road trips on the way home!

Of course Kate was up to the challenge, without me saying a word, she already knew it had to be Tom Burke related! When he was performing in Reasons to be Happy, I asked him about the film that he did with his father as part of The Complete Walk for the Shakespeare celebrations. Tom advised that he was in Henry VI part 3, and that they filmed in a small church, near to where the battlefield was in Towton. Looking at the map, it wasn't too much of a diversion on the way home from Doncaster, so we were set, plans in place for the weekend! 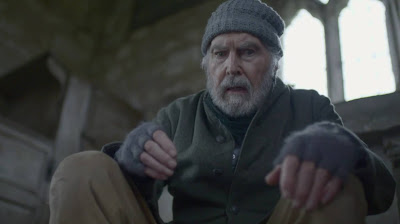 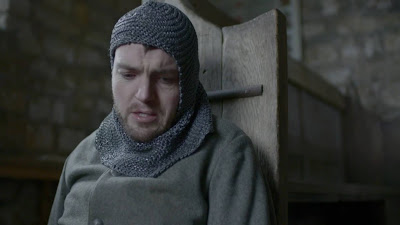 The weather on Saturday was perfect for a day's racing, and it looked to be a good omen for the Sunday. We drove up to Doncaster the scenic way, crossing the moors around Manchester, which was stunning as the heather was in bloom. It was gloriously sunny in Doncaster, all the girls said hello and then ran off to various rooms to get changed and ready for the afternoon. Our taxi arrived on time (that's a first) and we headed out to Relish for lunch. It's a "contemporary bar and grill", I felt a bit like I was in that short film that Tom did called The Brunchers, "their facial hair confusing me and making me feel old!" It's actually a really nice place and the food is really tasty, so people don 't go there just because it's trendy, but they actually get a great meal and service too!

Lunch was washed down with a few bottles of wine, and so the slightly tipsy entourage weaved its way to Doncaster racecourse. Now, my dad was always fond of putting a couple of quid on the horses on a Saturday and then sitting in front of the TV in the afternoon to watch them romp home last...if he was lucky!!! Having learnt from the master, I never stake more than £2 each way on a horse. Always been my way, and even though last time I was at Doncaster I was lucky enough to have a few good winners, I still stick to my £2 rule. There were 7 races, and as the first race started we ran out of the lounge and onto the balcony to cheer on our horses. First race, first winner! 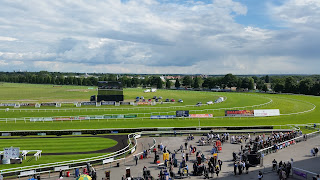 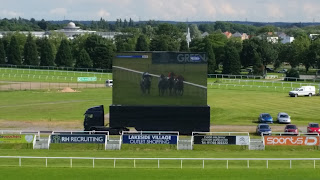 The rest of the day continued well, with horses being placed, then the 5th race dawned. There was a horse called Stirrups and Spurs and I really fancied it. I put my £2 on and it romped home in first place. I hadn't bothered looking at the odds or the form, so you can only imagine my face when the cashier handed out nearly £80! Champagne for the girls!!! Not bad eh?! Someone said I should have put a bigger stake on it, but you know full well it wouldn't have won if I had!!! Then I had another horse placed, and one I backed which I think is probably still running. I calculated that I spent as much as I won over the weekend, so that's not bad, pretty much a freebie weekend!! The racing over, it was time to head down onto the racecourse and watch Tom Jones. This was where I lost the girls, I didn't realise as I edged forwards towards the stage that they weren't following me! Fortunately we had our 'phones, so after the performance we were able to meet up and find our taxi home, and pizza and more fizz were waiting for us. My friends house was in the middle of no-where, it was the perfect place to have a hot tub, and so we took advantage of this fact, and sat in her hot tub, listening to music, drinking fizz and watching the stars.

Next morning it was another beautiful sunny day. I was really pleased, because I didn't fancy traipsing around a muddy field trying to find out where the hell Tom and Daddy Burke had been filming. Surprisingly none of us had a bad head the next morning; we took advantage of the warm sunshine and had tea and toast outside, how wonderfully civilised!

After breakfast we loaded Kate's TomTom (what else?!) with the co-ordinates of Towton battlefield and headed off into the Yorkshire countryside on another of our grand adventures. Suddenly as we whizzed along the country roads, a pub appeared from no-where, and we caught sight of a small brown sign indicating a church. We pulled into the pub car park and headed down a little lane towards the church. It was the one they had filmed at, and it was tiny! I fiddled with the lock and gained entry to the church. I don't know how they got a film crew in there. As I stood cooing over the fact I was where acting royalty had stood, Kate did something infinitely more useful and looked through the visitor book. "They filmed here 12th December 2015" she shouted across to me. Oooohhhh that's only a few days before we saw Tom at the carol service I thought! 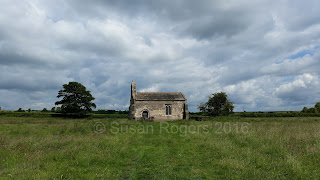 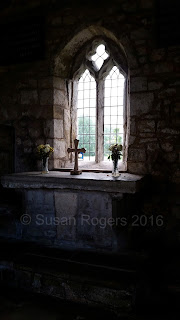 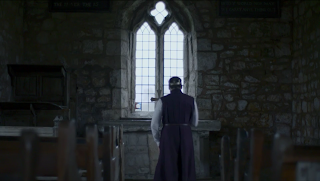 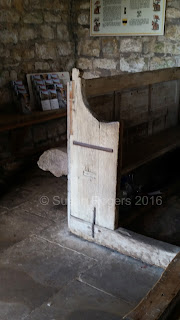 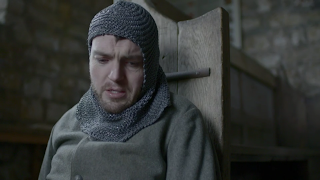 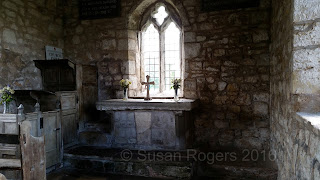 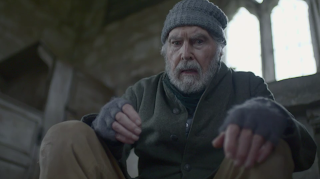 Despite the church being very very small, it is beautiful and well worth a look if you're in the area, especially if you like Tom or David Burke and you've watched Henry VI with them in it. It brings it home just how different things appear on film. I thought there were two doors into the church. No. Only the one, the one that Tom staggers through with the body. I managed to stay in the church for nearly an hour, which seems impossible, but there you go. We left and wandered to The Crooked Billet pub, which I heartily recommend. The atmosphere is wonderful, and the food even better. I had one of their large Yorkshire Puddings, filled with vegetables and veggie gravy. It was to die for. It was really tasty but so filling I had to forego pudding, which is a shame because they looked delicious too!

Now finding the church is one thing, finding a lone tree in a field in the middle of no-where is a ridiculous notion by anyone's standard; but that is what I was planning as I headed up the road to the village of Towton, where the actual battle took place. There was a lay by in the road which I pulled into and I saw an information board describing part of the history about the battle. As Kate and I stood there reflecting about where we were (and I stood thinking, where the hell was that shot at the start of the film of a lone tree in a field?) two gentlemen walked up and started chatting to us. It turned out they were amateur historians and had walked the entire battle route. Kate jokingly told him that we were there to try to find a single tree in a field. They told us where the walk started, but that they couldn't remember seeing a lone tree. They said "don't walk down the footpath, it's overgrown and very muddy. Walk down the road until you see a ridged field, then hop onto the footpath there." We thanked them and headed down to where they suggested, the ridged field was a field of potatoes...and there in front of us was the sole tree I had been looking for. 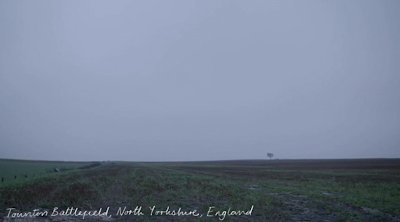 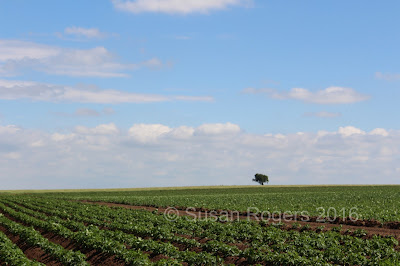 I couldn't stop laughing. The irony that "Tom's tree" would be situated in a field of potatoes had me in stitches. For those who are not Tom fans, this is what he said in an interview with TV Times magazine about working on The Musketeers, 'We all eat healthily but nobody has ever come up to me and said "Tom, do you really need that potato?" '