I've been very remiss and ignored you for a couple of months. It doesn't seem that long, but I've checked, and I haven't posted anything since October! It seems I've been too busy doing and not enough writing about it. Oh well!!!

A New Year is a good time to reflect, so let's see what's been going on in the last couple of months that I've been too busy to tell you about, before we start getting busy with 2017. 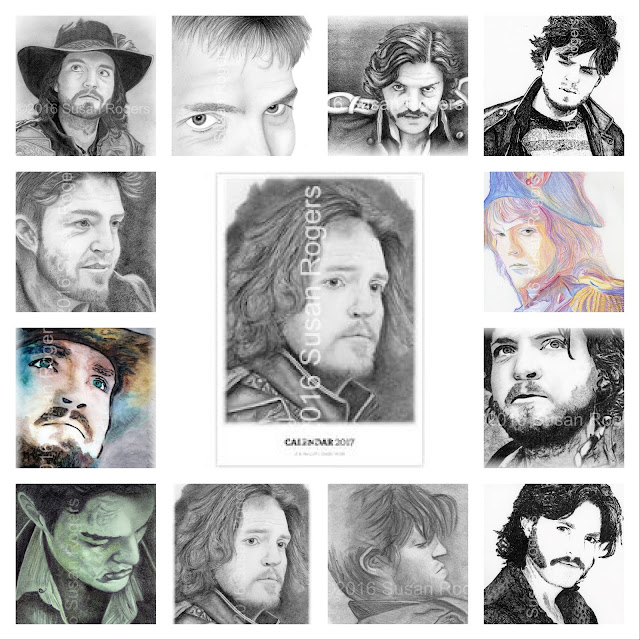 I've been very busy at work. I agreed to make a birthday dress for my friend (I have four weeks to get it done) and I want to create a Tom Burke Calendar. I need 12 drawings, I have previously drawn 6 pictures that I like (I'm very critical of a lot of my earlier work) and so I need to create 6 more drawings that I'm happy with. Why am I doing this to myself? (Especially when I know I have very little spare time!!) So despite becoming sleep deprived, I start sketching ideas in my head for a dress to discuss with Kate (my friend), and on paper I start creating new Tom Burke scribbles. Some of the pictures were a stylistic departure for me, so in a mass panic I sent them all to another friend for her critical analysis. I knew if they were rubbish she'd tell me straight, and that was what I needed. I need to feel that someone is being genuinely honest about my work, not saying nice things to feed my ego, but to convince me my work is credible.  Fortunately her responses showed she had looked at them properly and considered each one on its own merit - and so I had 12 drawings that I felt were good enough to be displayed together. My first ever calendar had been created! (click below to view/buy)

1st December and time to start thinking about Christmas, and what better way to think about the season that the annual Carols by Candlelight Service in London, organised by the charity Operation Smile UK. It is a joyous occasion, even for me who is not overly religious. The evening started when I made my way with a few friends from the Days Inn, across Hyde Park towards the Grosvenor Chapel in Mayfair. I was amazed to see a small menage in the park with three ladies on horseback practicing their flatwork, eagerly turning circles and figures of eight and putting their horses through their paces. We met more friends at a pub for a quick pint of Doombar, and because there was nowhere to sit, we moved to a restaurant next door for a quick bite to eat before the carol concert. 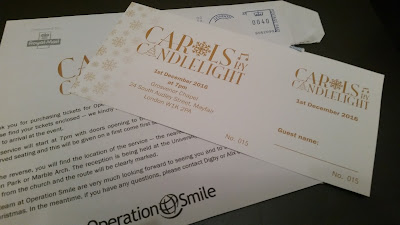 As we gathered outside the church, platters of mince pies were handed round, and then we were offered Whiskey Macs, and if you were lucky you managed to blag some port too! As we entered the church we were handed a candle, and as the service started the candles were lit and the church became bathed in a golden glow of tiny flickering lights. As always, the service was about the children, and it is always a joy to listen to the children's choir, and to hear all about the astonishing work that Operation Smile carries out. Each time I hear about their work I find out something new. I didn't realise that every operation is filmed and reviewed, and if the doctor is not deemed up to scratch, s/he is removed from their register of surgeons. It made me comprehend how much work is done in addition to the operations, and that the money donated is spent wisely and the treatment offered is of the highest quality. It is edifying to know how the lives of so many children abroad can be transformed by a simple low cost operation.

After the service we headed off to a reception at the University Women's Club, Mayfair, for canapes, wine and a chat. It was a wonderful opportunity to speak to people from the charity, and to gather with friends sharing the season of goodwill. It is something that has now become an annual event, Christmas just wouldn't be the same without it.

Of course, even though I was in London, I managed to miss all the shop window displays, Oxford Street, Harrods, Selfridges, the whole lot. No. The next day for me meant a quick stop at Paddington Station to say hello to the little bear from darkest Peru, and then onto Waterloo to my hotel for the night. How nice it felt to be back "home." There is something comforting about the South Bank, I feel happy and relaxed there, unlike the North side where it seems too busy and frenetic. 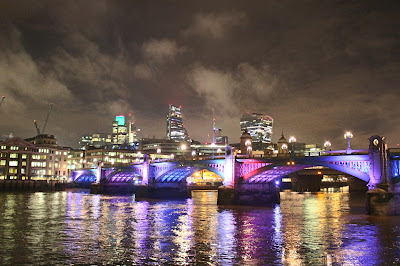 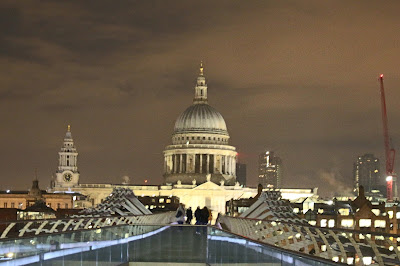 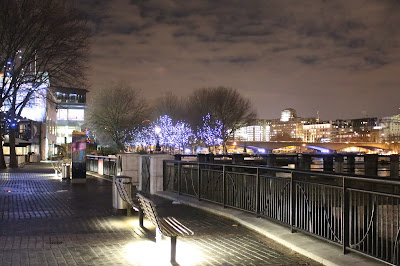 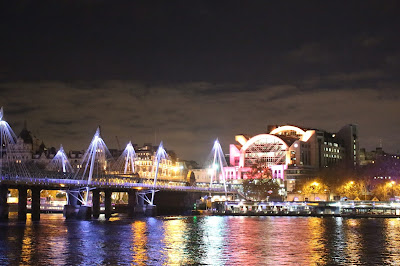 So having taken a walk by the Thames, and taken a detour into the heart of London to grab a quick pint of Doombar in The Tottenham (for those familiar with the Cormoran Strike novels, you'll know why I had to have a pint in there!) it was off to The Sam Wannamaker Playhouse to watch The Little Matchgirl and other happier tales. http://www.shakespearesglobe.com/theatre/whats-on/sam-wanamaker-playhouse/the-little-matchgirl-2016  This was a superb piece of theatre and the puppet of the Little Matchgirl really did mesmerise the audience. She made you think about those less fortunate than yourself; those people on the streets trying their best to get by night after night in the freezing cold and how a little kindness can give hope to someone. 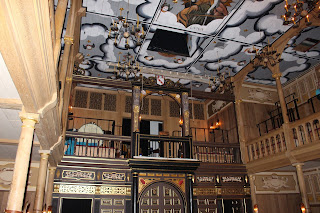 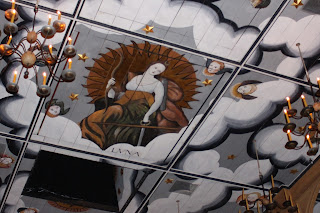 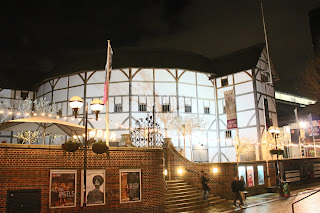 The next day I had enough time to squeeze in a matinee of Blood Wedding by Feredrico Garcia Lorca http://www.cervantestheatre.com/home/?page_id=95  The Cervantes is a tiny theatre tucked away in a railway arch, and the play was performed in both English, and the original Spanish of the playwright. Thankfully it was performed in English on the day I went! Then it was goodbye London, hello "operation birthday dress" as the next day Kate was arriving for her final dress fitting!

A Stitch in Time!

I kept a brave face on as we nipped and tucked Kate's dress, but something just wasn't right. The next weekend (yes her birthday!) I realised what was wrong and took the entire dress apart, cut new panels for the front and lined the whole thing. It was lacking structure, but those simple tweaks gave the dress the shape and structure it needed without it being too wide and fussy like a Disney princess dress! In a mass panic, hours before the party I was still hand sewing the hem of the dress, but calmly messaging Kate to say that all was in hand and not to panic. Lunchtime, dress is finally finished, boxed, and I jump into the shower and 20 minutes later I'm hurtling towards Manchester praying for no traffic, and no policemen on the motorway! I arrived more or less when I said I would (before I'd decided to take the dress apart and start again!) so all was well, and a good night had by all. First time I've ever been introduced to people as "this is Sioux, my designer!"

(And of course, I couldn't go to a party without having made a little white dress for myself too!) 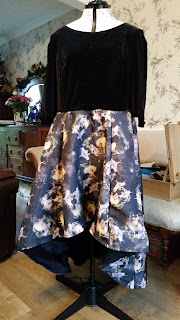 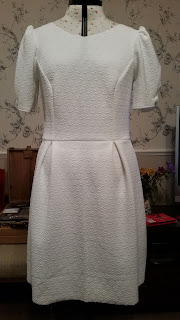 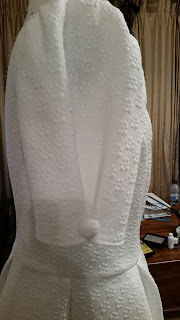 So, just a little matter of decorating the house, buying presents and delivering them all! Next year I'm getting organised, I'm doing my shopping in June!