The Goat or Who is Sylvia? Theatre Royal Haymarket 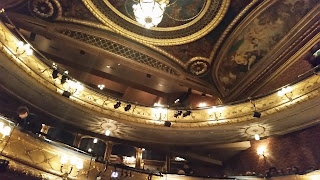 When you read the premise of Edward Albee’s play, you can’t help but think how absurd. You probably think you are going to watch a farce or a comedy, the idea of bestiality consigned to the usual jokes about Sheep Shagger’s or the popular rugby song…“Bestiality’s Best Boys.” (Oh the joy of many a coach trip to a formal sport’s balls listening to that song hitting the airwaves. It’s a lengthy tune that lasts far longer and is more annoying than 1000 Green Bottles Sitting on a Wall.) 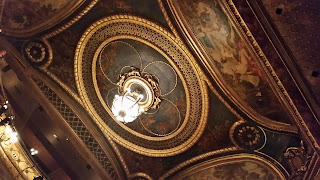 But this is not a play to be taken so light heartedly. Whilst there are plenty of opportunities to laugh at Martin’s predicament, the underlying message of hurt and betrayal is never far away. In reality, it is a tragedy (quite literally – tragedy in ancient Greek means goat song.) How can a man with a perfect career, a perfect wife, a perfect family become so undone? Whilst the play covers various themes and can be taken at so many levels, at the core of the play is a dark secret that rips apart this perfect, socially acceptable family. Because this is what the play is about…just where do you draw the line, what is acceptable by society and what isn’t. More importantly the question that needs to be answered is why some things are so much more acceptable than others. The Goat, or Who is Sylvia? takes this question to the extreme, but it does make you sit back and think as you laugh uncomfortably as the situation for the family worsens.

Damian Lewis (using a similar American accent as in his show Billions) plays the conflicted Martin. He has a guilty secret he doesn’t want to share, but his best friend knows something is wrong and cajoles Martin into telling him what it is. Disgusted by the news, Ross writes a letter to Martin’s wife Stevie. Both Stevie and Martin are hurt by the contents of the letter, the betrayal both parties feel but for completely different reasons. Stevie feels hurt and betrayed that her husband is having an affair, Martins feels a confidence has been betrayed by his best friend telling Stevie. 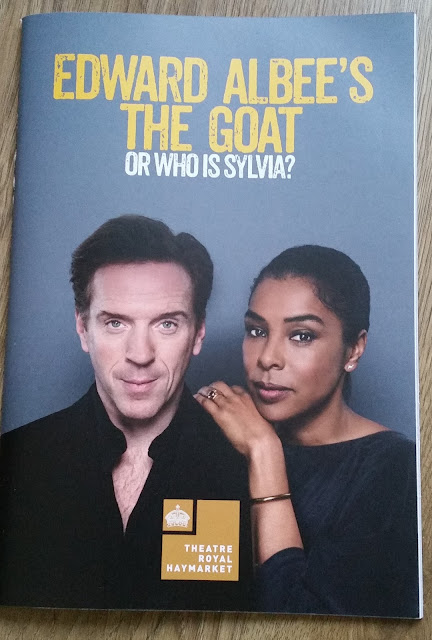 You can’t help but feel sorry for Martin. The torment of trying to keep this secret hidden, knowing that once it was out people wouldn’t understand him, must have been tearing him apart. He knows that society isn’t the safe tolerant place it proclaims to be. But then your feelings change towards him, he fastidiously denies that there is anything wrong about falling in love with a goat. His eccentricities start to spill over; he becomes this vile, argumentative character, speaking to his son and wife as though he is the one in the right in this sordid affair. Damian’s performance has you switching from empathy to disgust and confusion and a hatred for the way he speaks to his family, and then it switches back to sorrow...his behaviour is just not normal. But then, what is normal?

Stevie needs answers. She needs to understand her husband’s actions. She wants details. What makes someone have an affair? And why a goat? Gasps of disbelief echo around the theatre as Martin explains “it’s the eyes.” The conscious mind allows us the benefit of choice. We can methodically look at an issue and calculate an answer. The subconscious mind does not allow this process. Why do we fall in love with one person and not another? What draws us to that person? We can consciously say that we have things in common. We share the same outlook on life. We like the same books, TV, theatre etc. But sometimes we can’t answer the question that easily. We can become obsessed with a “star” we kn

ow nothing about and not be able to answer why we are drawn to that particular person. “Oh he just has that certain something” we say. But what IS that certain something? Is it something locked deep inside our subconscious? If so, then isn’t it plausible that the eyes of a goat show a similar soul to the eyes of a person in our subconscious state? It’s a reasonable question, but one that is not easily answered. 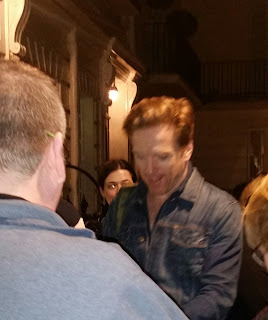 Stevie lashes out in the only way she can, destroying all around her, smashing ornaments and furniture within her grasp. She will be as destructive as he has been. He has destroyed her mentally, she will destroy everything physically. Whilst being emotionally torn apart watching Stevie (played with such depth by Sophie Okonedo) as she vents her rage, I couldn’t help but smile as Martin tries to rescue a picture from her destructive clutches. “That’s my mother’s painting” he shouts. “IT STILL IS!!!” she screams as she tears it apart. 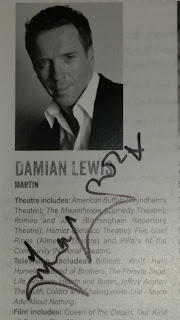 The play manipulates the audience one way and then another. It is a fantastic one and a half hours of theatre, designed to shock and to make you think about just how far society is prepared to accept differences. Just where are you to draw the line? In Edward Albee’s day it was unacceptable to be a homosexual. Will there ever be a day where sex with an animal is ok, or is this just one step too far? As the play states, the goat had no choice, it wasn’t consensual sex, it was rape. And with that, the stage walls close in, literally and figuratively on this family’s life to leaving an audience shell-shocked, with much to think about.