London Calling to a Theatrical Crowd

April 09, 2017
This was the weekend I'd really been looking forward to. Four plays in three days. Two Shakespeare's, a Rattigan and a goat! I was excited to see both Andrew Scott and Damian Lewis on stage, and I was eager to see new venues too (The Almeida, The Menier Chocolate Factory, and The Theatre Royal Haymarket.) 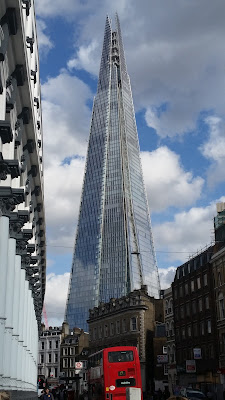 As soon as I stepped into London I could feel the magic beginning. I stepped onto the underground at Euston, and as soon as started walking to the centre of the platform I saw a face I recognised, Hugh Dennis, a man I met many, many years ago when he was part of The Mary Whitehouse Experience (TMWE). As I walked past him, giving him a nod and a grin I saw two people run up to him wanting a selfie, he kindly obliged then set foot in the same carriage as me. Standing and quietly watching him as the tube roared along, happy memories flooded back to when my friend and I were at different universities, and we'd get tickets to watch TMWE live on tour as an excuse for meeting up. l desperately wanted to shout "milky, milky...lovely" but decided that was probably not a great idea, he might not want to remember his past incarnations. I then thought how much my mate would have loved that story were she still alive to hear it. 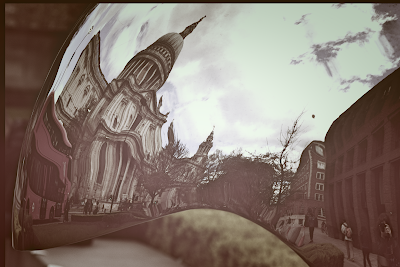 Later that day I made my way to The Almeida for the first of the four plays of the weekend, Hamlet. As I sat with my friends having something to eat before the show, one of them gave us the heads up. There, sat a few feet behind us was Sir Ian McKellan! Following his departure, Peter Sullivan (who I had seen during the run of The Deep Blue Sea) walked in. Well this was certainly a day of famous faces, and that was before we'd seen anyone on stage! After what was a fine performance of Hamlet, we hung around the foyer waiting for the actors to come out. For some reason it seemed wholly inappropriate to be asking for autographs (possibly something to do with the poor buggers being on stage for 4 hours!) so we just hung around patiently and watched the actors pop to the bar for a well earned drink. Andrew Scott finally appeared, and as he made his way past I said a a quick thank you to him and got an arm/shoulder squeeze off him. Bless him, he looked knackered! 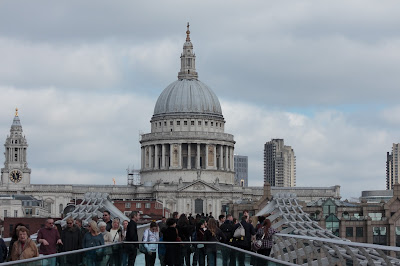 After a completely uninspiring breakfast at our hotel (what type of hotel doesn't do a cooked breakfast?) my spirits were lifted meeting up with my friend to practice our photography skills. Nikki did a photography course last year and recommended it to me, so I've started it too on the basis that I have nice camera but always set it to automatic. It's a waste, so the two of us headed off around St Paul's and the Millenium Bridge so I could start trying to take fully manual pictures. I have a lot to learn! As my stomach started complaining, we headed off to The Swan at The Globe for a well needed lunch. As we sat down, an exuberant waiter danced towards us, "what will it be ladies? Prosecco?" Well it wasn't what we had intended, but hey, why not? We knew we wouldn't have time later to eat between the two shows we were seeing, so we should make the most of this food break whilst possible! 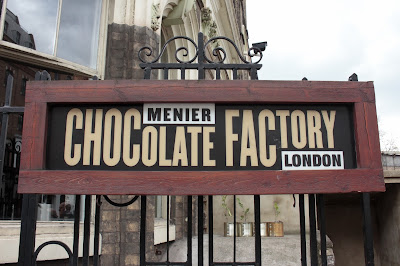 We decided lunch would be a feast of two parts, the main at The Globe, the pudding at The Menier Chocolate Factory. We headed across town to the theatre, met up with the rest of our friends and had the most amazing chocolate brownie ever. It was a good plan which left us on the right side of full to watch Love in Idleness without falling asleep! As we left the theatre, ready to cut a dash across from the Southbank to the West End I turned around to see Helen George taking her dog for a walk. I was in awe at just how quickly someone can get changed!

I fast paced it across town with just enough time for a quick G&T before The Goat. Time for the autograph hunter to make an appearance, I had got Damian Lewis's wife's autograph at DBS, now it was time to meet to her husband. There was quite a throng of people waiting for him, far more than I have ever seen at The National, but no matter. He came out, said he wasn't posing for photo's but we could snap away if we wanted, and that he was just doing autographs. Fine by me I thought as I hate selfies, and so I managed to grab a quick word and get his moniker on my programme!

Sunday, one play left to go and it was a stunning sunny day. It seemed a shame not to make the most of it, and so whilst the others preferred to settle in The Globe for a drink, I made the most of wandering up the South Bank looking for some new camera angles and watching the world go by. I could see filming going on the other side of the river, so decided to head towards it, as I walked I saw a familiar shape heading towards me. Andrew Scott came into focus, I couldn't believe it. I smiled and walked on by with an added spring to my step before watching the fourth and final play of the weekend, Othello. 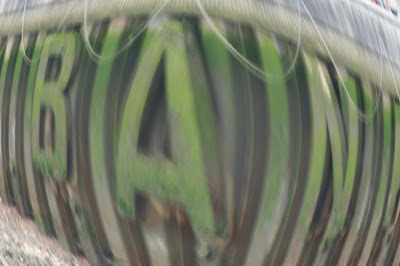 All in all it was a great theatrical weekend, although I'm glad I was able to squeeze in a bit of photography too. Hopefully as I move through the course modules, the pictures will improve and I'll gain more confidence in my camera.

For the reports on the four plays I saw over the weekend look up, Hamlet, Love in Idleness, The Goat and Othello. Each one has its own page!