July 09, 2017
I was rather intrigued when I saw the promotional picture for Common; Anne-Marie Duff in period costume, surrounded by crows. I immediately thought there was potential for some take on the Gothic Noir and so I looked into what the story was about.

“An epic tale of England’s lost land.” “Mary’s the best liar, rogue, thief and faker in this whole septic isle. And now she’s back.” “As the factory smoke of the industrial revolution belches out from the cities, Mary is swept up in the battle for her former home. The common land, belonging to all, is disappearing.”

It seemed promising, a trip back in time to a darker England, a bit of history about the ownership of land, possibly how the Enclosures Act and Feudalism had an impact on those working the land. (I’m not going to give a history lesson here, but if you’re interested I’ve attached a couple of interesting articles from The Land Magazine.) It had enormous potential, and a strong willed heroine at the centre of things. I used a voucher I had to book a ticket.

The play is set in the early 19th century. Anne-Marie Duff (Shameless, Parades end) plays Mary, a strong willed woman with a traumatic upbringing. She was an orphan, found and brought up as a sister to two siblings, Laura and King. She is believed to have drowned, but, having been left for dead, she has lived as a whore in London. She has now returned home to be reunited with the woman with she loves. 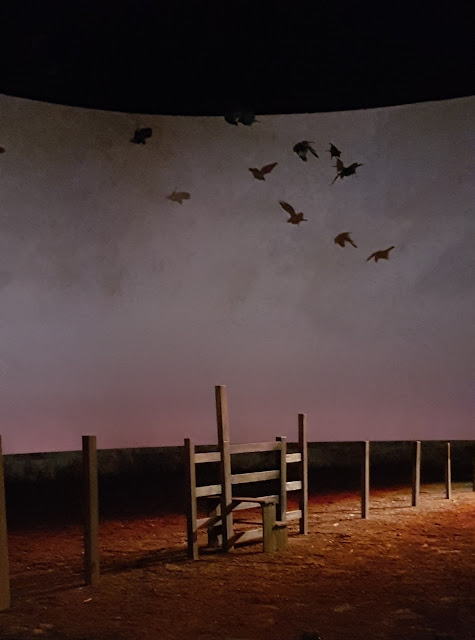 In order to exist, Mary has quickly learnt that humans, especially men, will believe anything if they really want to. She has the gift of the gab, and is particularly skilful at lying. At the start of the play she meets with a boy, who only has the skills to scare crows from the fields of wheat. He has an animatronic crow on his arm which he claims contains the soul of his departed father. He can’t speak crow, so he doesn’t know what his father says. Mary, quick off the mark claims she can speak crow, and with this bond, gets the boy to do her bidding. She also claims that she has psychic gifts, some of which we can see are blatant lies, others, it’s possible she is telling the truth.

The play begins with a large cast wearing pagan head-dress doing a ritualistic dance armed with scythes. There is a fence across the land which they ceremonially burn down. There is dark lighting, and the shadows thrown across the walls give an ominous but exciting start to the play. That coupled with live music drumming across the stage set the atmosphere for a dark and compelling play.

We are set in a world where folk still believe in the power of magic. Harvest has been poor, and in order to set things right a sacrificial sheep will appease the Gods, hence the pagan ritual dancing at the start. This storyline is intriguing, especially when you try to understand how Mary might weave her storyline into it. As the tale moves on, we realise Mary is in love with her “sister” and that there is no love lost with her “brother.” Mary meets a wealthy, but heir-less landowner, played by Tim McMullan (Foyle’s War, Fearless) and he witlessly falls into her trap. Whatever the trap maybe, by this time I’ve completely lost the plot, if indeed there was actually a plot to start with. It became increasingly difficult to tell and by the interval a number of people left the theatre and didn’t return. Part of me couldn’t blame them; however, there was something that compelled me to watch the second half.

Common is not an easy play to follow, and I can understand why the critics have panned it. I think some of the views are a bit harsh, but I can understand them. The play would be easier to follow if it wasn’t so pretentiously and self-indulgently written; “from such acorn-coins I stand here – a cityforest rogue-woman oak.”  ??????WHAT???? 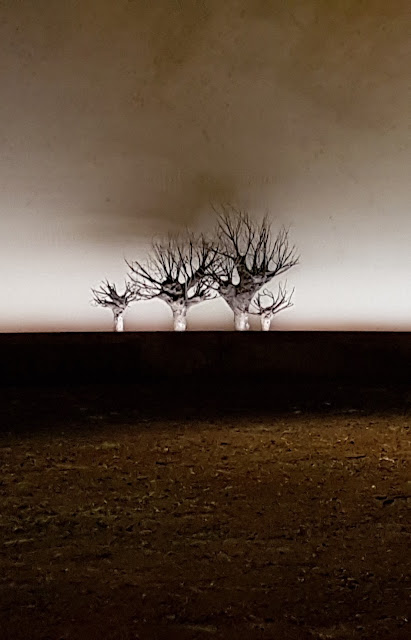 Moore has used very “wordy” language and in his desire to shock, used a lot of unnecessary expletives, “If my language some offends, fist-fuck you all.” I have read a lot of Howard Barker plays, and his use of language is not for the faint hearted, however, his lines flow; the profanities feel well placed in his text giving life and dimension to his work, but here, in Common they don’t flow. The text tries to be rustic, of the age, of the uneducated, a miss-match of clunky double and triple concatenated words that don’t trip off the tongue easily, add to this as many expletives as possible, and the English formative of “un” into every sentence, I was pleased that I had gone to a hearing impaired screening and that there were monitors showing what the cast were saying for the following two and half hours!

This probably sounds like I had a terrible time and it was a wasted trip for me, but it was not. Despite its many faults I enjoyed watching Common. Marie-Anne Duff was amazing in the role of Mary. Both actor and character was aware there was an audience and I loved the connection between stage and audience as Mary spoke directly to the audience, welcoming them into her world, her story. 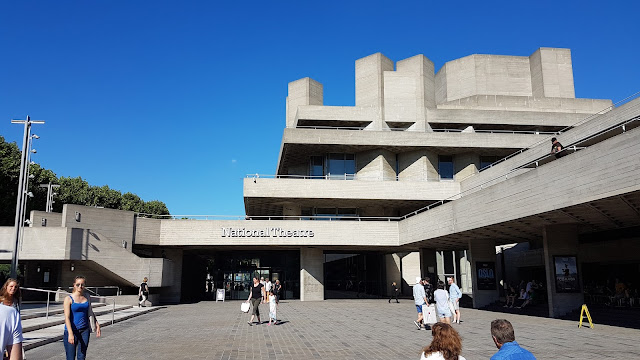 The stage and costume creatives must have had a ball designing for Common. Dead sheep, dead dogs, a mechanical crow, John Barleycorn, people’s entrails…they had a lot to play with. The play also gave me the opportunity to see the Olivier's drum revolve showing its capabilities. I was rather entranced watching it go round, and it was nice to hear live orchestration throughout the piece. There is, however, something missing from the play, which is a great shame when you consider the enormous effort cast and creatives have put into it.

For me, the play had too much ambition and therefore it had a tendency to go off-piste making it rather dull and unforgiving in places. I think I would give it a ‘C’, could do better, visually stunning, linguistically appalling. It needed to be less self-indulgent, more focused, there was a fantastic main character at the plays heart but the script let her down, and most importantly, greater precision was needed in the use of language. This “dark and funny new play” was a more of a muddy, confused playing field at times! 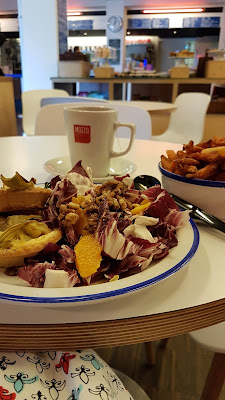 Still...it was a lovely sunny day in London and I had a fabulous lunch at The National, plus I hadn't realised that it was gay pride weekend, so there was a very upbeat feel around the Thames as I wandered around the Southbank.  Not a bad way to spend a Saturday really :-)

So, have you watched Common? What did you think? Share your comments with me if you have. 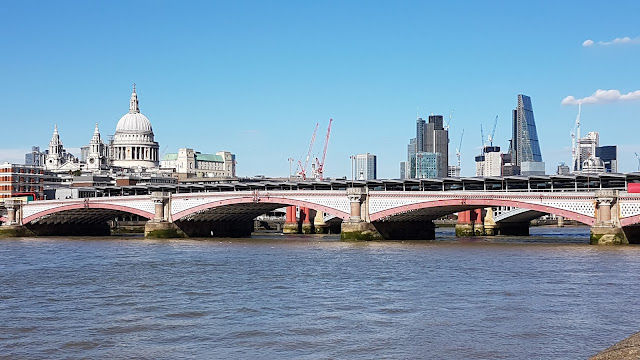