Handbagged - Moira Buffini - The Theatre by the Lake, Keswick

July 07, 2017
Handbagged is the witty imaginings of what went on behind closed doors, when Margaret Thatcher and Queen Elizabeth II had their weekly meetings at Buckingham Palace.

I had been checking out the listings for a Terence Rattigan play at Theatre by the Lake, but realised it didn't coincide with when I was on holiday. (FYI - I'm making a special trip later in the year to see Rattigan!) I read the blurb about Handbagged and didn't think it would be something that either my friend or I would be interested in seeing, but then I remembered how much I had enjoyed watching Gabriel, another play penned by Buffini. I decided to take the risk and book tickets anyway, and I am thrilled that I gave the play a chance.

Handbagged was first performed in 2010, three years before Margaret Thatcher died. An elderly Margaret Thatcher walks onto this empty stage and makes an announcement. As she falls into silence, an elderly Queen walks on and speaks; from then on, there is a hint of the sharp wit that is to follow. The two exchange their memories of the past as they view their younger selves taking part in the weekly meetings they held at Buckingham Palace from 1979 to 1990. 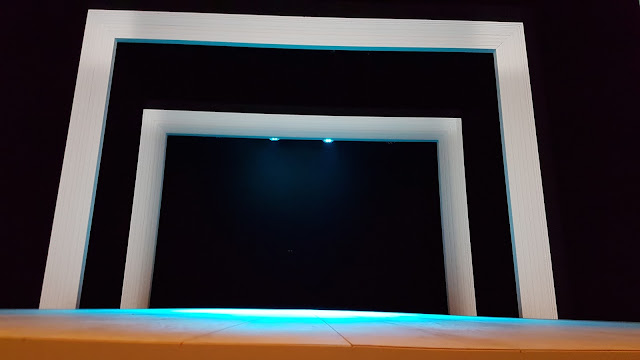 The older Queen sits in judgement of herself whilst the older Margaret Thatcher wistfully reflects on her years in office, and how things finally ended for her. The play is not a boring history lesson on her years in office though. As we march through each of the years she held in office, the other actors on stage allow themselves to pass comment on events that seem to be swept under the carpet. A prime example is when we reach 1981, all of the newspapers were full of Charles and Diana's marriage, it was as though nothing else happened that year. But the footman brought to our attention issues with Northern Ireland, migrants and high unemployment...things we forgot about because reports were focused on the happy couple. It is only with the Queens speech at the end of the year that these things were highlighted, she mentioned events which the government wished to forget. It is a poignant reminder that back then Murdoch was king of the media, and today it is just as relevant. He is still the king of the media, and there are still issues with migrants, unemployment etc so rather than looking at what the media is reporting, as in 1981, perhaps as a nation we should sit and think about all those stories which quickly disappear...what is it that the media isn't telling us?

It is a simple play, but very cleverly written. There is great verbal sparring from both sides, and the four parts bounce off each other with great comic timing. I especially enjoyed the young Queen stating what was on her mind and then the elder Queen butting in to say to the audience "I never actually said that." It made you wonder what the Queen would say to her Prime Ministers if only protocol would allow! 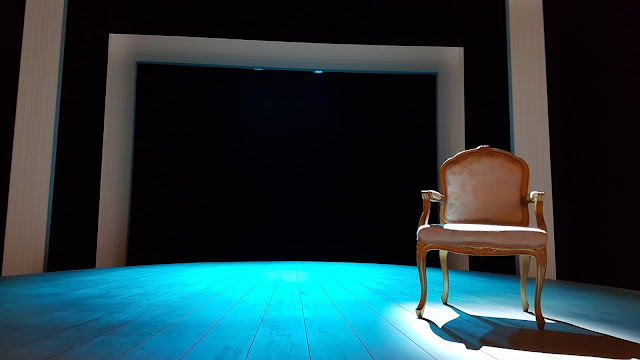 Handbagged is a roller coaster of emotions. There are some poignant moments when you feel sorry for Margaret Thatcher, other moments when your hate can't be stemmed. Moments when you think we're lucky to have a monarchy, others when you think, what is the point of the Queen? All of this held neatly together by some brilliant comic performances of supporting cast members, Murdoch, Kinnock, The Reagans. This is not just a trip down memory lane, but also highlights similarities from today's political climate, but just as then, so long as we don't get sucked into what the media throws at us...if we sit back and think for ourselves and all work together, we can pull through the hard times.

Handbagged is played in rep until November 3rd at The Theatre by the Lake in Keswick. A great play and a great cast in a beautiful location.  https://www.theatrebythelake.com/production/15915