September 07, 2015
Whilst watching the film last night I found a new film location. Today, at breakfast, I announce that before we go home, we're taking a detour to Freshwater West Beach! The man at the hotel is chatting to us again. He has decided I'm nuts. I'm not going to take offence, he is justified in his perception of me, and more than likely right too! 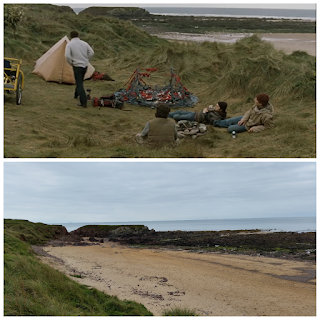 We had a good chat about the Iron Man competition which sees most of Pembrokeshire shut down (there are signs everywhere proclaiming that next weekend the road will be closed) I think the whole county is pretty much closed. To be honest, hearing about what goes on in the competition, those people are nuts, not me! I do admire them though. You would never find me doing that!

Anyway breakfast over and the car packed up we headed to Freshwater. Its a grey day today. We were so lucky yesterday with the sunshine, but it's not raining, so we can't complain. 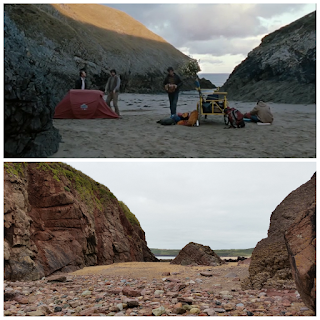 We traipsed up and down the beach trying to establish where Davy had sat chucking rocks into a rock pool. (I even had my tablet on the beach playing the film!) Sod this I said I'll just take hundreds of pics, one must be right! As I was taking photos I suddenly saw on the horizon a number of boats come into view. Oh my word, they've sent the military out after me!!! It was ok until you could hear the sound of guns firing. What have I rolled up at?  Well I think that signalled time to go warm up with a cuppa and then start the long journey home. (Well one of us had to go to work tomorrow). 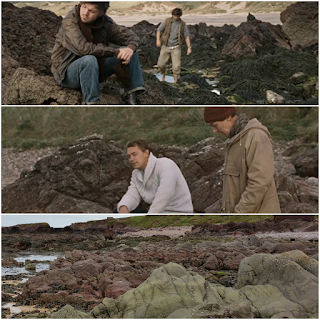 Well the best laid plans... as we headed back past Barafundle Bay, my friend said it was a shame we couldn't say goodbye, well I wasn't going to ask twice if she was sure, the car (now on two wheels) squealed in a dramatic u-turn down the road which would lead us back to the bay!!!  So we had lunch at the National Trust café, lovely welsh rarebit by the way, another pot of tea and some welshcakes, and "goodbye sea, it really has been a weekend of fun and silliness!" And you really can't ask for much more than that! 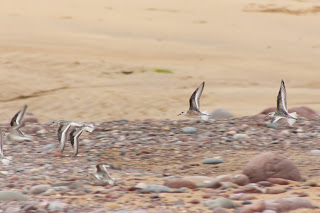 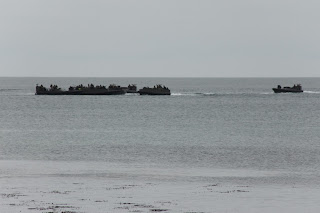 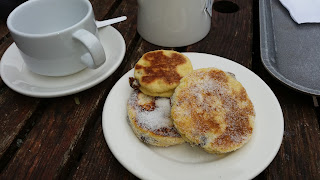