February 20, 2017
What would you do if your past came back to confront you?

There you are, minding your own business, you’ve come home from a long day at work and all you want to do is have a hot bath, make some dinner and mark your student’s homework. Before you know it there’s a knock at the door and your former lover is standing there, expecting to pick things up from where they were left.

I don’t know much about David Hare’s work. I had watched his versions of three of Chekov’s plays at The National, and I knew I wanted to watch The Red Barn at The National but the dates of the play didn’t match up with when I was in London. I wasn’t prepared to spend lots of money travelling down to see it when I knew so little about the play, so having the opportunity to see his work at my local theatre was a real blessing. 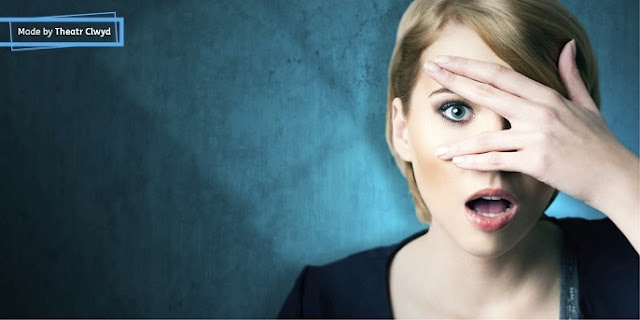 Skylight is the tale of school teacher Kyra Hollis (Jeany Spark) who receives a surprise visit from Edward Sergeant (Oscar Batterham.) He walks into her flat armed with a four-pack of lager and a plethora of rap CD’s which he bestows on her. A somewhat stilted conversation begins and it becomes clear that Kyra had once lived with Edward’s family; that he looked up to her, he saw her as a big sister who would always be there for him; but she left. She walked out on the family, she walked out on him. Edward wants to know why Kyra left; he can’t understand why she would just suddenly leave. Edward’s mother died in the last year and it is clear that he is hurting and he has no-one to turn to; his relationship with his father evidently rather tense.

Following Edwards departure, Kyra begins her evening again, only to be interrupted by Edward’s father, Tom Sergeant (Jay Villiers.) Tom is a wealthy restaurant owner, he is used to the good life, he wants for nothing, or so it would seem. He pokes fun at the lifestyle that Kyra has chosen for herself, a simple existence but one she professes to be happy with. Will these enormous differences between the two help reignite their old relationship, or will it be blown out forever?

As you enter the theatre, the clever design gives the impression of an out of date seventies London tower block. It seems shabby and unloved, but it is a simple place, a place that Kyra calls her home. Here she has built a simple life for herself, helping those less fortunate than herself in a deprived London school. As her story unfolds, this cold, grey building highlights the isolation of her character.

Kyra cooks up a treat!

It is in this flat that Jenny Spark gives us a heartrending performance of a woman trying to find her place in society, doing her best to help deprived children gain better lives for themselves, and trying to find happiness after a life of infidelity and betrayal. Kyra believes it is never too late to think of the future, an idea that Tom cannot believe in, unlike his son who brings a sense of optimism to the plays end.

Tom suggests they go out for an elaborate meal, Kyra instead wants a simple meal at home, so throughout the play she cooks spaghetti bolognaise (on stage in real time) as she and Tom discuss their past and future.

Despite a few passing references to the nineties when the play was written, Skylight has not dated. Many of the social issues the play touches upon still exist today. It is a play that highlights happy memories of the past, but awkward complexities of the future, especially when political issues of right and wrong come into play. Can one person make a difference? Should one person scrimp to get by and help others even less fortunate than themselves or should they cave in and live the high life with someone wealthy; someone with money but maybe no morals?