February 12, 2017
LOVE - what does it mean? It can be such an overloaded word. It is often said without thought or meaning. "I love cake." "I love you." Do we really love a slab of cake as much as we love a person? And what do we mean when we say we love a person? Well I guess it depends on the person or the relationship. Are they your soul mate, a person that you have a passing infatuation with, a member of your family? Well this play shows that there are many sides to Love. What will you do for another person to show how much you love them?  After watching this play, it's not a Valentines card and a bunch of roses that show you care. It's the small things in life that really matter. It’s the small things that help you to keep going on.

Survival in the face of Poverty 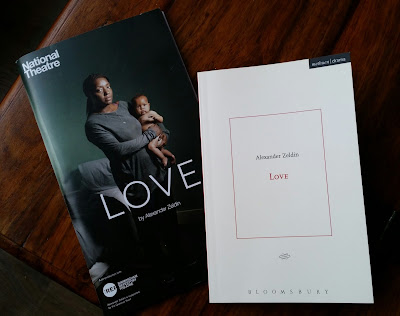 Love is the first play I have watched which has completely drained me; put me through the wringer. It made me question myself, question what is going on outside of my world, and question my attitudes towards homelessness. It's obvious that the system is broken for so many people to be living in temporary accommodation or on the streets in the 21st century, but why is the system broken, and what can be done to put things on the right track?

It's an emotive topic, and one best for face to face discussion. After the play, the group of us who watched it discussed it afterwards, both together as a group, and also with one of the actors from the play. It was interesting to hear his experiences as he researched his role and surprising what points came to the table. Some we agreed on, some we didn't, but the most notable element of the night was the level of discussion the play provoked.

A Different Point of View?

A full day in work and then a drive along the carpark called the M6 to Birmingham on a Thursday night. Who in their right mind would do such a thing? Well after watching Love twice in London, I was intrigued to see how it would transfer to the stage in Birmingham. So I headed down for the opening night, met up with friends, and headed to the Birmingham Rep. The seats were allocated on a first come first served basis. We were at the head of the queue, and although having seen the play in London and knowing what to expect, we still sat on the first row. (I prayed that when Anna came into the audience she would bypass me. What would I do if she held her hand out to me? I'd probably grab her, burst into tears and hug her to death and then worry about what the rest of the audience thought.) My prayers were answered, she walked past me.  A near miss, for both of us I felt!

It was interesting being on the front row though. I missed a lot of the subtleties of the play when I was in London by being sat just a few rows back from the stage. From the front you can hear the muffled conversations going on behind closed bedroom doors; the anxiety and frustrations going on behind the closed bathroom door. You can see the tiny flickers and sparkles of emotion in the actor’s eyes. You were transported into the house they were sharing, not just invited to look through the window. Every now and again you became one of them. You weren't just a voyeur, you felt emotional attachments to each of these people, you wanted to shout at them, shake them, hug them, and tell them it would all be ok eventually. Eventually?! As if you could promise that with any certainty.

Is it Down to Luck or Hard Work?

The play is a huge emotional conflict because there is no easy answer to any of it. It's not black and white. I have no idea what goes on in the “real” world. I've worked since I was 17.  I got a Saturday job and the boss kept it open for me when I went to university; " Just phone me when you get home or you need a few hours, I'll find a spot on the rota for you."

I’m a jack of all trades, turning my hand to whatever is thrown at me. I got a job on the shop floor selling crockery but quickly ended up working on the shop floor, in the stock room, in the restaurant and in the kitchen. I could serve, cook, organise people, use a till, add up, and even foresee what was required before it happened. I was useful and hardworking and always in demand if I wanted the hours. Even after an 18 year career as a professional trustee and then being made redundant I fell on my feet. I took a year out of the rat race, and just as I was getting ready to face the job seeking world, I got a phone call asking me if I would consider working as a Trustee for another firm. But sitting on that front row, I could now see that it could so easily have been so different for me. The majority of people in the UK are only 2 wage slips away from the plight of the people in the play. That statistic is still haunting me. What if I hadn’t received that phone call? What if I couldn’t get another job?


It’s easy to be Sceptical…

There are those that have seen the play who have been really affected by it. They've experienced some of the issues first hand, and it is interesting to hear their take on matters; but then there are those that say there are systems in place and so don’t believe the sob stories…”there’s more to that person’s story than meets the eye.”

I don’t really know what or who to believe, but I know that somewhere along the line, the system has broken down. To have a society where if you live in one council area you will be looked after properly, but if you live in another, the council will spend thousands and thousands of pounds putting people up in emergency accommodation for months on end in a property that is barely habitable, well that can’t be right. 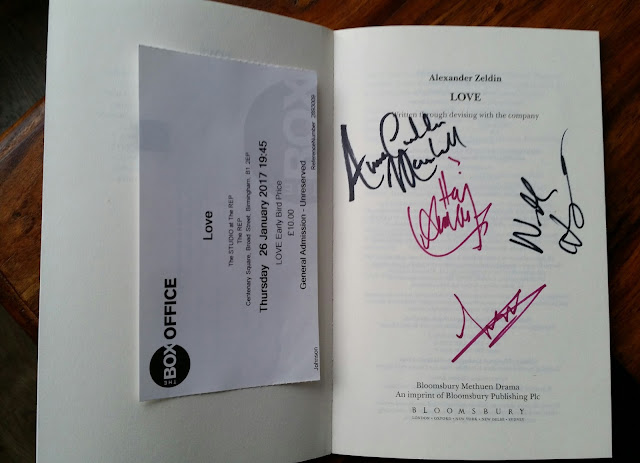 To me, Love is what makes great theatre. The actors, especially Anna Calder-Marshall as Barbara and Nick Holder as her son Colin, really grip you. There is a really poignant part of the play where Colin washes his mum’s hair. He does it over the communal kitchen sink, with a pan of water and a bottle of Fairy liquid!

Colin: D’you want me to wash your hair?
Barbara: No
Colin: Go on you’ll feel better. Just a quick wash.
Barbara: No.
Colin: Go on, you always feel happy after.
Barbara: Use the fairy.
Colin: I’m only trying to make you happy.
Barbara: Sorry.
They cross to the kitchen.
Colin: You lean over.
Barbara: Yeah.
Colin: Don’t get wet as you’ll get a cold.
He pours and she shrieks.
Barbara: Fucking fuck, gone down me neck.
Colin: Aright, Mum, I’ll put some fairy on. You’ve got lovely hair ain’t you.
Barbara: Gone down me neck
Colin: You’re alright, bab.
Barbara: Squeaky.
Colin: Squeaky clean.
Golden princess
Pause
Barbara: I love you.
Colin: I love you too.

This scene really choked me…it showed two people trying to make the best out of difficult circumstances in the only way they knew how. A simple act of kindness, worth its weight in gold.

I had an interesting chat with a gentleman sat next to me before and after the play in Birmingham. This was a piece of theatre that was so moving it provoked a reaction from everyone in the theatre. There could be an argument that the play should be brought to a wider audience. Not to make people feel guilty, but to give people another facet to the argument that there are all sorts of reasons why people find themselves homeless.

Love does only show the problem from one point of view...it would be interesting to see another play from the system's point of view. In this play the system has a lot to do with the situations that the characters find themselves in. What if the people cutting the benefits and not helping those in need are bound by chains we are unaware of?  If we could be given the 360 view of this complex situation, it might actually allow us as a population to do something positive about it... and maybe that's the real meaning of LOVE.