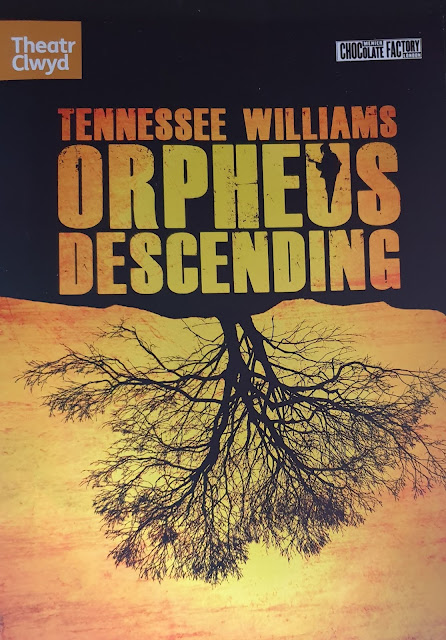 The Greek God Apollo gave his son Orpheus a lyre; which he played to such perfection that nothing could resist the music he played. He fell in love with Eurydice, a woman of exquisite beauty. They married and for many years they were supremely happy. One day Eurydice was wandering in the forest when a shepherd called Aristaeus saw her and became beguiled by her beauty. He chased her, she tripped, was bitten by a snake and died. Orpheus took to lamenting his grief by playing his lyre until Apollo told his son to travel to Hades and visit his wife.

Orpheus took to the stygian world and upon finding Hades played his lyre and poured out his grief to him. Hades was moved by the sound and told Orpheus he could have his wife back. She was to walk behind him and he was not to turn to look at her until they had both exited the underworld, or she would have to return to Hades. Orpheus was nearly at the exit when he thought he had been duped by the Gods, so he turned, saw Eurydice, and then she returned to the underworld forever. Orpheus tried to re-enter the underworld but could not as a mortal. He died and the Muses saved his head in order that the living would remain enchanted by the beauty of his song.


This Greek myth formed the basis for Tennessee Williams’ lesser known play Orpheus Descending, which is a co-production between my local theatre in Mold, Theatr Clwyd and The Mernier Chocolate Factory in London.

There is often a reason why some plays are performed lass than others. Looking back at the reviews of past productions, the play is not met with much enthusiasm. It has been described as long-winded…it plods along with an extensive cast of superfluous characters wafting in and out of this slow-paced play. It was therefore with some in trepidation that I went to watch this latest attempt to bring this play to the masses. It didn’t help that as I took my seat, an usher came over to me to apologise for forgetting to say the first act was “rather long…it lasts 1 hour 40, but after the break the second act only runs for 40 minutes!” 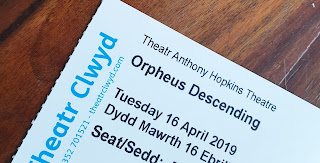 I need not have worried. Tamara Harvey may not think that she is a genius, but I was completely engaged throughout the first 1 hour and 40 minutes. The time flew by as I was whisked away to the Deep South, to watch a story about life and death, love and loneliness, prejudice and narrowmindedness. It is a reminder of the current climate of hate that seems to constantly occupy news headlines these days.

The stage is at ground level, so the front row of the audience and the actors are on the same level. As the lights go up, Uncle Pleasant (Valentine Hudson) sets the scene for our tragic tale. We are in the centre of a Mississippi store; the owner Lady Torrance is bringing her husband home who is recovering from an operation. Local gossips Beulah Binnings (Catrin Aaron) and Dolly Hamma (Laura Jane Matthewson) are setting up a welcoming party. As they chat and unpack the hampers, we realise Lady was the daughter of an Italian man who sold liquor to some blacks. A group of locals found out and torched his home, his vine yards and his garden filled with little white arbours where folk would drink and party the night away. He died in the middle of the fire; and his daughter did not know that she married the man responsible for her father’s death. 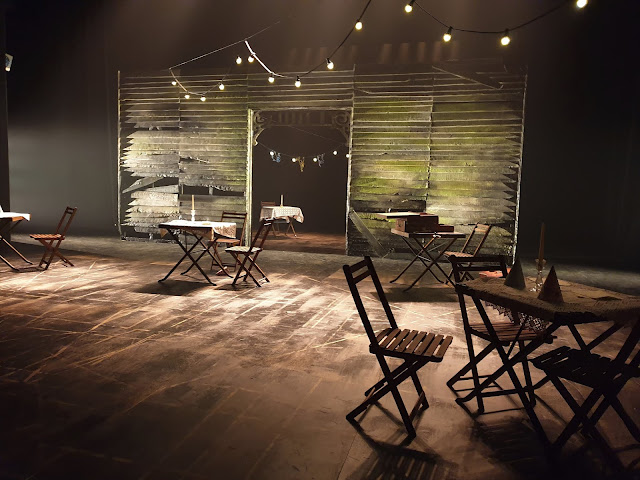 The gossip is interrupted by the arrival of Carol Cutrere (Jemima Rooper) a woman who is too strong-willed for this backwater. The locals have run this bad girl out of town, but here she is, turning up like a bad penny, all dressed up in leopard print, red lipstick and high heels. There was something in the defiance of this character that I loved. It didn’t matter what people said about her, what stories they made up to manipulate feelings and bad will amongst the rest of the community, here she was, head held high, carrying on regardless. There was an inner strength that we sometimes forget we possess, one that stops us being the victim of abuse, one that encourages us to fight for what we believe in.

If the townsfolk didn’t like the appearance of Carol Cutrere, it was nothing to their reaction of seeing the stranger Valantine Xavier (Seth Numrich) rocking up with his guitar and snake-skin jacket. To them he’s just trouble, and you already know in a backwater full of jealousy and hatred, it’s not going to end well for him. This type of townsfolk can’t bear to see anyone happy, but Lady (Hattie Morahan) can see a flicker of hope with the arrival of the young man. She dares to dream he could be her ticket to liberation, but she is constrained by her domineering husband and the community, so anything she tries to do won’t be easy.

Williams’ rich dialogue is sometimes hard to listen to in these modern times. Referring to wops and niggers as though they are second-class citizens, dehumanised from the rest of society, but this racial viciousness is necessary. It shows the pettiness, the malice, the hatred of anyone different in the community. This language makes you want to rally against this small-minded clique, to rise up and give them a shake, to tell them to stop being so blinkered. But it also makes you realise that a lot of those narrow-minded, insular prejudices are still in existence, nearly 80 years after William’s first draft was written. Just take a quick flick through Twitter, or even closer to home, private messages full of tittle tattle of mythical proportions, creating melodramas within small circles of friends because people are so insecure of themselves. They have to try to cut down the Carol Cutrere’s of this world to stand half a chance of survival. 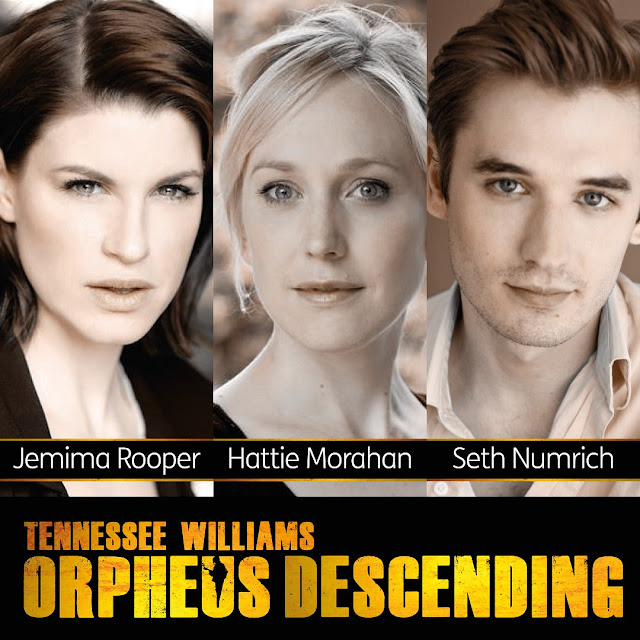 The first version of this play called Battle of Angels bombed. It was rewritten but the newer version’s exploration of the struggle between a good, spiritual world of light, and the evil, material world of darkness still failed to meet with a positive reception. In order to succeed, the play requires a fast-pace, which keeps the poetic nature of William’s writing, but allows us to engage and then move on from each character. This production delivers that. Parts of the play which could become farcical instead become a spiritual lesson in humanity.

Those who have enjoyed Cat on a Hot Tin Roof, A Streetcar Named Desire or Summer and Smoke should not be put off by this lesser known work and instead embrace the poetry of William’s writing and the all-encompassing staging of the play where the actors and audience become one.