Barafundle Bay is great, you can't drive to it. You have to park your car and walk. No toilets, no ice-cream vans, no awful shops selling tat. This is a beautiful beach, serene, calming, and a great place to just chill and take the time to appreciate your surroundings. I can see why it became the focus of the film. Unlike the film it doesn't take endless days to walk there, and you don't need to take a boat either, that was cinematic licence, but what a fantastic place to make the centre of your film. Barafundle Bay is definitely the "star" of Third Star! 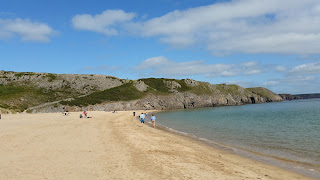 We drove down small roads and realised we were on the big hill as featured in the film. Sadly because I was driving I didn't stick my head out of the window and scream like the boys. We parked up at Stockpole Estate (National Trust) and walked down towards the sea. Suddenly I looked properly at the National Trust Tearoom, "Oh my God" I screamed, it's the pub from the film! That was it, everywhere we walked I was desperately scanning my mind for scenes. "That's where the Angel threw Miles' watch into the water!". And so the day would continue! 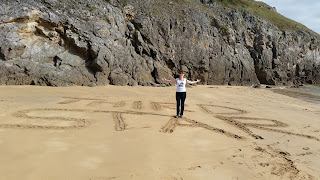 At the beach my friend suggested we write Third Star in the sand. We did HUGE letters, then took photo's and tweeted the production company! Little did I think it would get re-tweeted and I'd get a tweet back from the writer/producer! Arghhhhhh I've been tweeted to by Vaughan Sivell, seriously, I really need to start getting a grip on life. (My new found freedom since leaving work has made me demented?!) 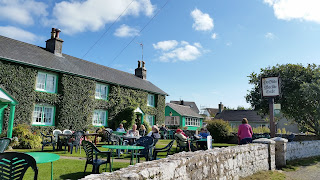 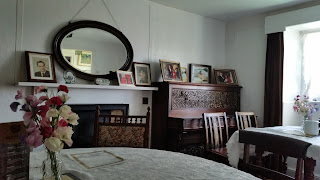 We walked a huge loop around the estate and took in the most wonderful sights. Some from the film, some not. A member of staff at the hotel had told us if we got to Bosherton, we were to ask for Aunty Vi's tearoom. Apparently Aunty Vi is nearly 100 and a local celeb! Well we got there, and that tea and lemon drizzle cake was so welcome. 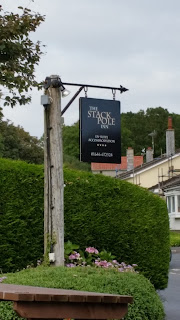 Fortified we carried on to the eight arch bridge, which was in the film. Now I am not one for photographs of me, especially selfies, but Bill did a selfie on the bridge in the film, so I thought we should do too. It took ages. I don't know how you are supposed to pose, hold the phone, and click the button, but eventually we had something that resembled OK!

Once back at the car, we decided to have our dinner at The Stockpole Inn, as recommended by Vaughan Sivell in a tweet earlier on in the year!!! He was right, the food and atmosphere in the pub was both tranquil and welcoming, just what was needed after a long day of walking.

Back at the hotel, well it would be rude not to, we watched Third Star, again and I did a few screen grabs of the film v my photo! Tomorrow...yes you guessed it, more location hunting! Wonder if I can find that rock pool Davy was sat at?! 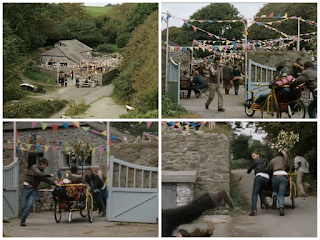 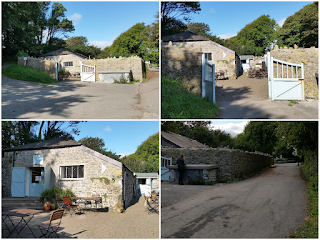 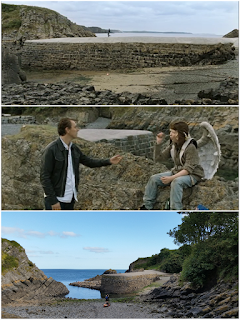 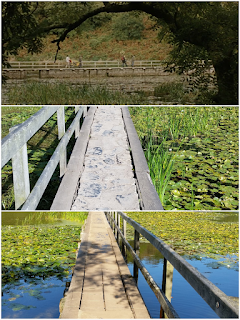 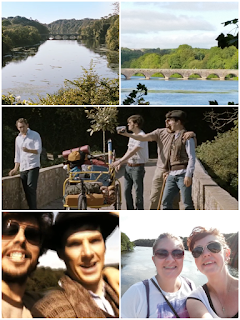