# Reasons To Be Happy! Part 5 (And a bit of Tolstoy and Bronte thrown in for good measure)

April 18, 2016
On a bright sunny Saturday morning my non Burketeer friend and I headed down to London to watch Tom's play (for the last time.)

We had a few hours before the play so I suggested we head to the National Portrait Gallery to view the "Russia and the Arts" exhibition that I'd failed to see on my previous two visits to London due to excessive Prosecco drinking the night before!!!

Walking through the gallery we noticed an exhibition celebrating Charlotte Bronte and her sisters. I've been to Haworth walking, but never taken the opportunity to go to the parsonage (too covered in mud from my hiking!) so I thought it would be interesting to pop in and see what they had on show. I knew that Charlotte and her sisters would sit around the table together and write their books, and that they had also written tiny "toy" books for their brother's toy soldiers to read. They would sew small pages together and cover their books in wallpaper, and I couldn't imagine what they would look like, especially as they would be writing in quill and ink! This exhibition showed paintings of the sisters by their brother and various artists, their links to other literary figures such as Elizabeth Gaskill and the siblings paintings and sketches. Also on show was one of these miniature books that they had produced. It was so exciting and interesting to see, although trying to make out the words without the aid of a magnifying glass was rather hard! It was such a pleasant surprise to see and well worth the little detour.

The Russia and the Arts exhibit was also interesting, and it was a once in a lifetime opportunity to see some masterpieces from the State Tretyakov Gallery in Moscow. The exhibition showcases a collection of paintings of distinguished Russian writers, poets, actors, composers etc who opened up a huge cultural scene in Russia during the period 1867 and 1914, and it showed how art developed during that period into a more abstract art form. It was interesting for me especially to see portraits of such great writers including Tolstoy, Chekov and Dosteoevsky and to learn a little about each writer through the eyes of the artist and the moods that they captured to canvas. Obviously a little trip was required to the bookshop, but I managed to behave and only came out with a copy of The Brothers Karamazov and a host of Chekhov plays. I think I deserve a medal for being so well behaved! 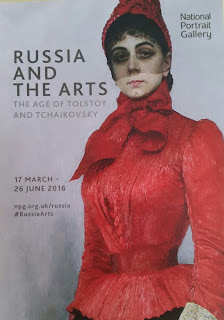 Once we had partaken in some lunch it was time to head to the Hampstead Theatre for one last time. I was both excited and sad that it would be my last visit, but I'm looking forward to seeing Tom in The Deep Blue See at the National, so at least I still have something to look forward to...a different reason to be happy!

So seeing as this is the last post about the play Reasons to be Happy, I'm not going to do another "review" of the play, I want to mix things up a little. If you've seen or read the play there is a scene between Steph and Greg outside a Turkish Restaurant and Steph asks Greg to give her "five good reasons that you want to be here. Tonight. With me."

Now I'm throwing the gauntlet to you dear reader! I want you to have a think, and share with me 5 good things (reasons) that make you happy!

In the spirit of the play "Shhh! My turn first. You wanted me to go, so here I am, I'm going, now be quiet and listen..."

One: A good book and a cup of tea. If we're going to be really picky here, I'm going to say visiting the second hand book shop on Valentinská in Prague, finding an old book (in English) and taking it along to Ĉajovna U zlatého kohouta, sitting in the big squishy chair in the middle of that tea room and drinking Pu Erh Golden Tippi for a couple of undisturbed hours! Pure heaven! 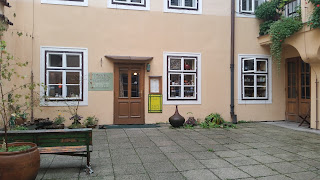 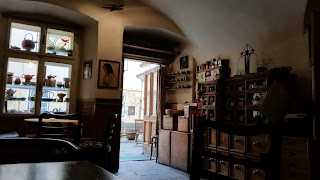 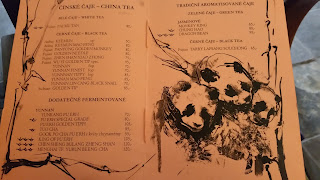 Three: Horse-Riding. The exhilaration of galloping on a beach is indescribable (or in my case anywhere where there are no trees to ride into...it might be funny and I laugh about it now, but it does really hurt like hell!)

Four: ummmm, four would beeeeee.....a date with my sketch pad! Drawing at times can be therapeutic, or really frustrating when what you see won't go down on paper, but getting my pencils out makes me happy.

Five:... five, hmmm, my toppest fifth reason at the moment iiiisssssss ummmmm, you know what... I'm keeping number five to myself! In the grand scheme of things it's really nothing, but it was a few minutes that happened after I had watched the play for the final time. I left the theatre with a HUGE smile on my face that still hasn't gone away. It's very strange that a couple of minutes can leave you on cloud nine for days, but it happens. So live life in every moment people, expect the unexpected, and be...happy!
Home london London Theatre Tom Burke Travel