The Hound of the Baskervilles – 21st September 2021 – Theatr Clwyd 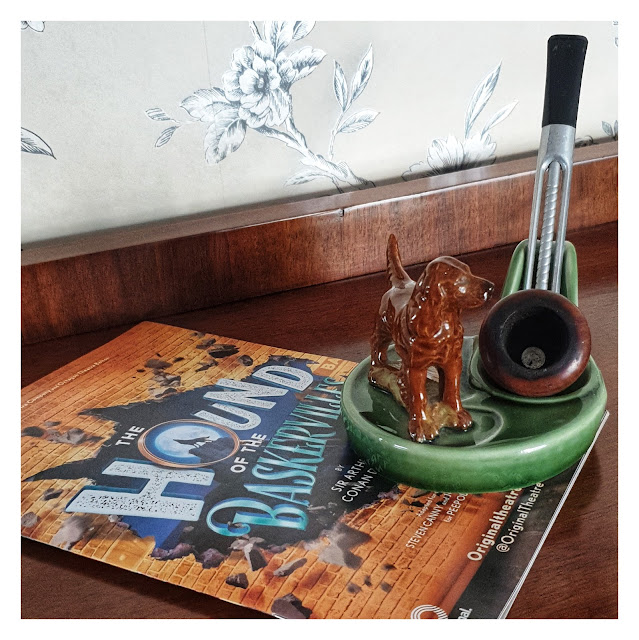 After the last 18 months, we all could all do with exercising those chuckle muscles a bit and where better to do it than by watching live theatre? Sir Arthur Conan Doyle’s most celebrated adventure has been given the most glorious comic transformation by the Original Theatre Company.

The world-renowned detective Sherlock Holmes and his ever-faithful sidekick Dr Watson are tasked with unravelling a mystery regarding the untimely death of Sir Charles Baskerville. Rumours abound that there is a cursed giant hound roaming the moors which surround the Baskerville home, so it is up to Holmes and Watson…or should that be Watson and Holmes, to use their wit and guile to save the remaining Baskerville heir from succumbing to the same fate that has befallen Sir Charles.

This ingenious adaptation combines wonderful comic performances by all three cast members who take on a variety of roles throughout the evening. Serena Manteghi plays a whole host of colourful characters, she is a delight as both Sir Charles Baskerville and Sir Henry Baskerville, and she swiftly morphs into a London cabbie and three yokels of varying degrees of intelligence. Dr Watson, played by Niall Ransome, is the competent, incompetent, faithful sidekick played with puppy like charm, whilst Holmes played by Jake Ferretti retains an element of that emotional distance that Holmes is renowned for.

The show is a parody of many theatrical styles, there are moments of melodrama intertwined with the farcical and bordering on a night at the panto. Whilst the show starts rather gently, the momentum continues to build; the actors change characters, gender, accents, and costumes at lightning speed; or at least that’s what I thought. After the interval, Jack Ferretti came back on stage rather ruffled by a Twitter notification during the break, so we were treated to a resume of the play at warp factor! My sides were aching at the sheer ludicrousness of it all…and that’s before we were treated to a Tango worthy of Strictly!

More camped up spooky Scooby Doo whodunnit than scary crime drama, it’s a great excuse to treat the family to a fun filled night out, and after the last couple of years, who wouldn’t want that?!

Further 2022 tour venues are to be announced.